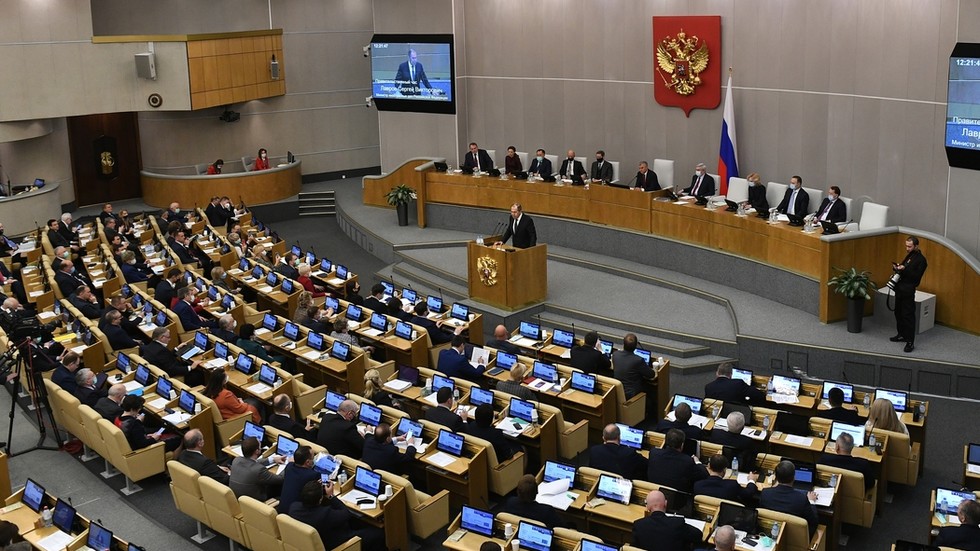 The Russian Duma (National Assembly or Congress) has sent a resolution to President Vladimir Putin Tuesday calling on him to recognise the sovereignty of the self declared republics of Donetsk and Lugansk (DPR and LPR) in eastern Ukraine.

The resolution was passed by a vote of 351 lawmakers, with 16 votes against it and one abstention. Duma Speaker Vyacheslav Volodin wrote on his Telegram channel the resolution “will be signed immediately and forwarded to the head of state to consider the issue of recognising the Donetsk People’s Republic and the Lugansk People’s Republic as self-sustained, sovereign and independent states.”

The Minsk Agreements were signed in 2015 between Kiev and eastern separatists following the Maidan which took place in Ukraine in February 2014 where violent protests led to the ousting of elected president Viktor Yanukovych, and the overthrow of the Ukrainian government. Separatists in the eastern regions of Donetsk and Lugansk subsequently announced independence from Kiev and deployed forces that later clashed with government troops. The Minsk Agreements were meant to stop the civil war in Ukraine. Russia, Ukraine, the Organisation for Security and Co-operation in Europe (OSCE), and the leaders of the Donetsk and Lugansk republics signed Minsk II on February 12, 2015. The heads of state of France, Germany, Russia, and Ukraine were also present at the signing of the accords.

Its provisions include state control of the border, constitutional reforms and autonomy for the Russian speaking eastern regions of Donetsk and Lugansk.

“The recognition of the DPR and the LPR will create grounds for ensuring security guarantees and protecting residents of the republics from external threats, and also for bolstering international peace and regional stability in compliance with the goals and the principles of the Charter of the United Nations Organization and will pave the way for the process of recognising both states internationally.” The Speaker of the Duma added.

Putin in a joint press conference with German Chancellor Olaf Scholz in Moscow on Tuesday acknowledged the fact that the Russian Duma understand public sympathy toward those living in the war-torn Donbass region, comparing the treatment of residents there to “genocide.”However, he went on, “we have to do everything to solve the problems in the Donbass, but first and foremost that has to be through the as-yet unrealised opportunities to implement the Minsk agreements.”

In Kiev the Ukrainian foreign minister Dmitry Kuleba considers the vote as Moscow’s abandonment of the Minsk Agreements. “If a decision is made… Russia will de facto and de jure withdraw from the Minsk agreements with all the accompanying consequences.”