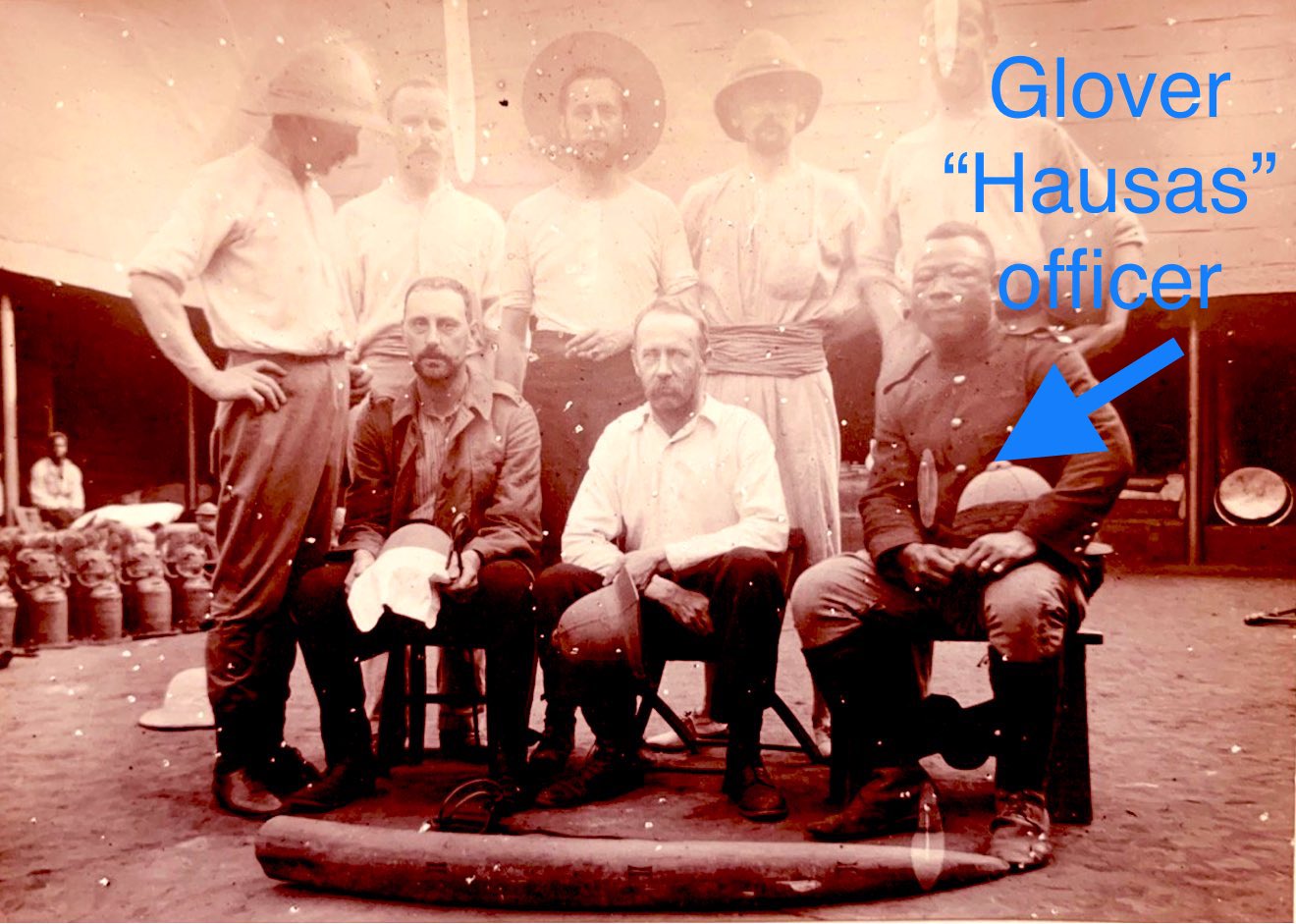 In 1885, European and American diplomats sat at a table in Berlin a hugh map of Africa in front of them asking questions and seeking answers. Why are we fighting amongst ourselves over the “Dark Continent?” Let us just divide it among ourselves rather than bicker like children. With the signed agreements the fate of the ancient Benin Kingdom was sealed.

Unfortunately for the Benin people, their kingdom in present day southern Nigeria came under the jurisdiction of the British Empire as stipulated by the Berlin agreements. Britain had become an empire itself in 1876 when Queen Victoria accepted the title of Queen Empress of India from her prime minister Benjamin Disreali. Afrocentric scholars often refer to Benin as an empire but in this piece, we will refer to Benin as a kingdom due to the fact that the word “empire” has many evil connotations like colonialism and repression which any true Star Wars fan will attest.

The Royal Niger Company with its royal charter was the representative of the British crown and had in its employment British traders and an armed force known as “Glover Hausas” The Glover Hausas forerunners of the Nigerian Army and Police were made up of freed Hausa slaves recruited by Sir John Glover a Royal Navy officer in 1863. He trained and equipped them with the latest weapons providing smart uniforms, better pay and conditions. In return for their loyalty to the Crown he rewarded them with land and huts. “Glover Hausas” by 1897 had over 3000 Africans under arms and were responsible for securing the British trade routes and protecting British traders.

Profit. Profit. Profit. The British traders were unhappy with the high prices demanded by the Oba(king) of Benin for palm oil, rubber and ivory. These merchants were further shocked after the British consul Richard Burton visited Benin in 1862 and wrote of unspeakable human sacrifices and how Benin reeked of death. Who were these people that were sacrificed by the Oba? Perhaps slaves, debtors or simply lazy workers that could not fulfil the daily quota of palm oil, rubber and ivory. No other British consul visited Benin again till 1892, when Henry Gallwey visited Benin hoping to sign a treaty with the Oba, a treaty that will guaranteed free trade and British protection. Ovonranwen the Oba was hesitant to sign the treaty with its vague clause of ensuring “the general progress of civilisation.” Due to diplomatic niceties no mention was made of Richard Burton’s report and Ovonranwen signed the treaty which sealed his fate and that of his kingdom which has lasted for 900 years.

Under the provisions of the Gallwey Treaty, free trade was granted to the merchants but Ovonranwen insisted on collecting custom duties in order to ensure he still called the shots and not the British. The merchants played along while they made plans to enforce its provisions. In March 1876, price fixing and the refusal of Itsekiri middlemen to pay the custom duties forced Ovonranwen to halt the export of palm oil from his territory and commerce was brought to a standstill. An appeal from the traders was sent to the British consul and in December 1896, Consul James Phillip embarked on a mission to enforce the Gallwey Treaty. Phillips wrote to the Foreign Secretary Lord Salisbury. “I have reason to hope that sufficient ivory would be found in the King’s house to pay the expenses incurred in removing the King from his stool.” Her Majesty’s Government should not worry about incurring expenses. There was enough ivory to be confiscated. Accompanied by two protectorate officers, a medical officer, two traders and 250 native troops disguised as porters. Phillip informed Ovonranwen that he was on his way to see him so they can have a friendly chat over the provisions of the treaty. He requests safe passage but the king was already up to his tricks. Two loyal Itsekiri chiefs had sent messengers saying. “The White man is bringing war.”

Oba Ovonranwen called a cabinet meeting comprising of all the nobles and the commander-in-chief of the army and navy called the Iyase. The Iyase argued that Phillip was disobeying Benin law which barred his entry but the king countered let’s see what they want. Ignoring the oba the Iyase conspired with the Ologboshere the army chief to ambush Consul Philip at Ughoton near Benin. On January 4 1897 Benin special forces ambushed and killed Consul Philip, the medical doctor and the 250 native troops. Only the two protectorate officers Captain Alan Maxwell Boisragon and District Commissioner Ralph Locke escaped the massacre.

Testimonies of the “Benin Massacre” of Boisragon and Locke later appeared in all the major newspapers. A New York Times headline from Jan 21 1897.

THE MASSACRE NEAR BENIN

DETAILS OF THE MURDER OF THE BRITISH EXPEDITION. The Members Went Unarmed Into a Savage Country, and Were Ambushed and Killed Without Mercy.

The British Admiralty sent orders to the Commander of Royal Navy forces at the Cape of Good Hope and West Coast of Africa station Rear Admiral Harry Rawson to capture Oba Ovonranwen, leading members of his government and destroy the city. The operation was code-named “Benin Punitive Expedition.” On the 9th of February the British shock and awe began. Benin came under heavy artillery bombardment from Royal Navy warships. The invasion force organised into three columns marched to Benin. One column under Captain Gallwey yes the same Gallwey took the route the massacred column of James Philip took and came across headless bodies of the victims.

British historian Dan Hicks wrote that the Benin natives experienced the horrors of modern war for the first time ever and described the expedition as democidal. Benin despite its defensive earthworks fell to the British on the 18th of February. Oba Ovonrawen was captured and exiled to Calabar and six of his top lieutenants were hanged publicly. The Oba’s palace, houses of nobles and other wealthy subjects were looted and burnt. At the palace journalists from Reuters found evidence of previous human sacrifices and reporting that the city “reeked of human blood.” Over 2,500 art objects, bronze plaques, shrine altar pieces and sculptures known collectively as the “Benin Bronzes” were confiscated by the Admiralty and auctioned off to pay for the punitive expedition. Their exposition in western museums shocked viewers that a supposedly primitive and savage people were capable of creating such works of art. The Benin Bronzes eventually led to the growth of modernism in western art.