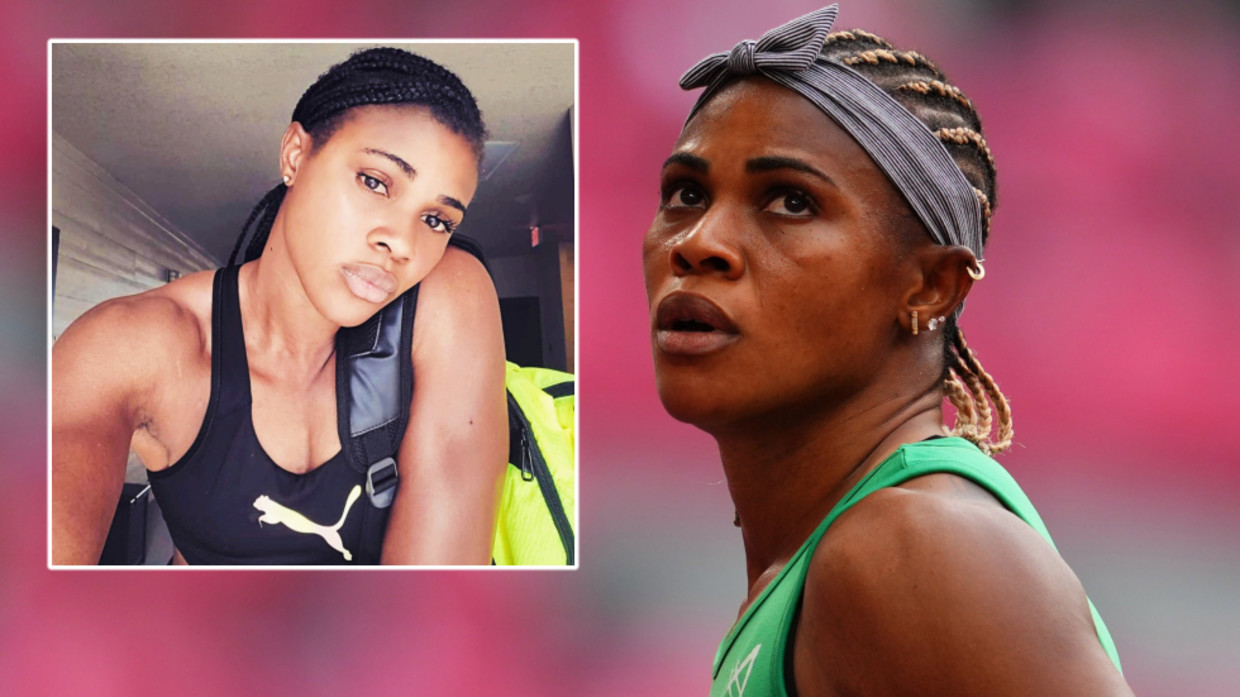 Nigeria’ s track star Blessing Okagbare has been hit with a 10 year ban which if upheld at arbitration will effectively end her career. She was thrown out of the Tokyo 2020 Olympic Games over an out-of-competition test, the Athletics Integrity Unit (AIU) has confirmed.

The 33-year-old missed out on the women’s 100m semifinals after she tested positive for a human growth hormone in Slovakia in July 2021.

The AIU confirmed in a statement that it had banned Okagbare for five years for the presence and use of multiple prohibited substances and five years for her refusal to co-operate with its investigation, increasing the standard four-year sanction because of aggravating circumstances.

Reacting to the ruling, the AIU’s head Brett Clothier said: “We welcome the decision of the Disciplinary Tribunal; a ban of 10-year is a strong message against intentional and co-ordinated attempts to cheat at the very highest level of our sport.

“This is an outcome that was driven by our intelligence-led target testing as well as our commitment to investigate the circumstances behind a positive test.”

“Hola amigo / Eric my body feel so good / I just ran 10.63 in the 100m on Friday / with a 2.7 wind / I am sooooo happy / Ericccccccc / Whatever you did, is working so well,” Okagbare allegedly wrote, in effect testifying to the effectiveness of the substances after producing a wind-assisted time of 10.63 seconds at the Olympic trials in Lagos on June 17 last year.

Lira is reportedly a “naturopathic” therapist based in El Paso, Texas who US justice department officials say supplied two athletes with drugs for the “purpose of corrupting” the Tokyo 2020 Games. He is later said to have tipped Okagbare to “dominate” the athletics spectacle.

“What you did … is going to help you for the upcoming events,” Lira allegedly wrote. “You are doing your part and you will be ready to dominate.”

After Okagbare was informed of her positive test, the 2013 long jump silver medalist at the world outdoor championships ordered Lira to call her “urgently”.

“[T]hey said one of my result came out positive on HGH … I don’t understand.” Okagbare wrote.

Okagbare uploaded a photo of a religious ‘his will’ tattoo to her Instagram on Friday and wrote: “My attention has been drawn to the statement issued by the AIU regarding its disciplinary panel decision.

“My lawyers are currently studying it for our next line of action which we will inform you [of] soon,” she vowed.