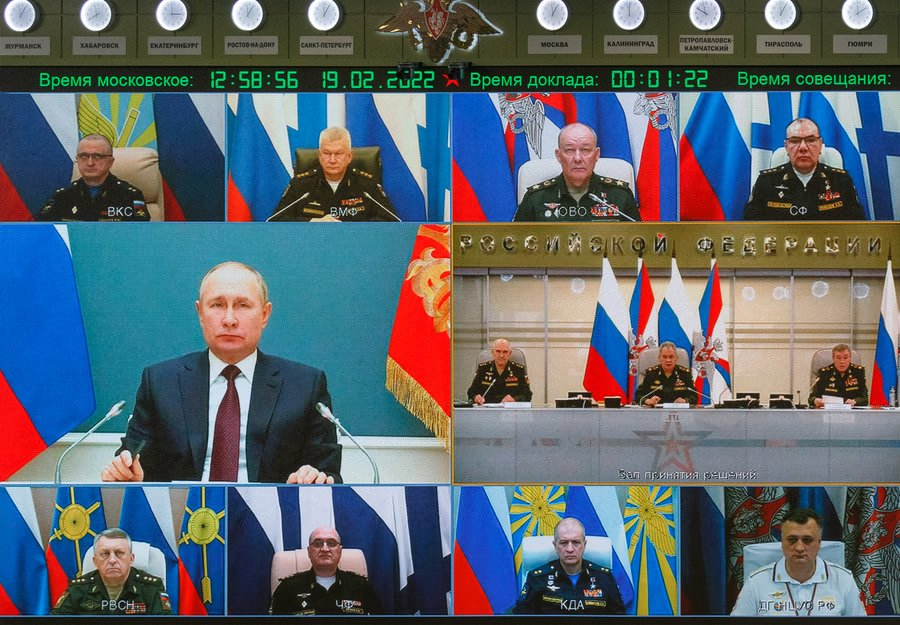 The exercise comes amidst rising tensions with NATO and ongoing Munich Security Conference which Russia has boycotted. The Kremlin insists that the exercise was planned in advance to test the readiness of command and control structures, combat launch crews, combat ship and strategic missile carrier crews to perform the assigned missions as well as the reliability of the strategic nuclear and non-nuclear forces.

The ships and submarines of the Northern and Black Sea fleets launched the Kalibr cruise missiles and the Tsirkon hypersonic missile at sea and surface targets.

A hands-on launch of the Iskander land-based cruise missile was made at the Kapustin Yar training ground in the Astrakhan Region.

The Yars intercontinental ballistic missile was launched from the positional area of the Plesetsk state testing cosmodrome to hit the Kura training ground on the Kamchatka Peninsula.

The Karelia strategic nuclear-powered submarine cruiser of the Northern Fleet launched the Sineva ballistic missile to hit a target at the Kura training ground.

At the end of the nuclear drill, Commander-in-Chief Putin was satisfied that tasks set for the strategic deterrence forces exercise were completed in full, all the missiles hit the designated targets, thus confirming Russian nuclear deterrence readiness.