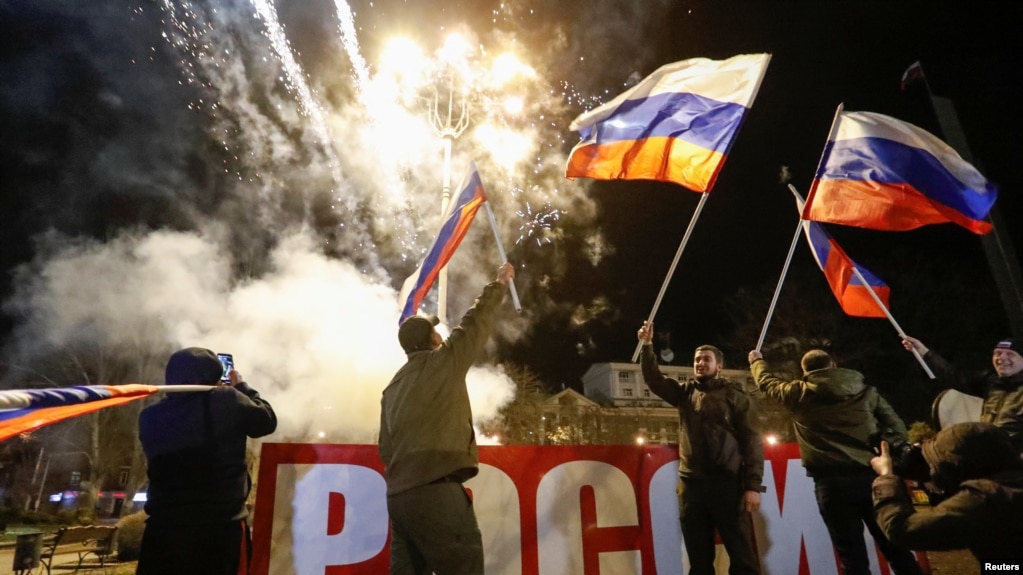 President Vladimir Putin of Russia signed a decree recognising two separatists republics in Ukraine Monday after a long day of meeting with the Russian National Security Council and a one hour globalised television speech. He  signed with the leaders of the Donetsk People Republic and Lushank People Republic, Denis Pushilin and Leonid Pasechnik in the Kremlin St Catherine Hall which earlier hosted the security council. The signed treaties have provisions for friendship, cooperation and mutual aid between Russia and the republics.

“I congratulate you,” Putin told them. The security council had earlier told the Russian leader to recognise the republics.

This comes after a series of escalations over the weekend after the Russian Duma sent a resolution to Putin to recognise the two Donbass republics. Then over the weekend the two separatists republics Donetsk and Lushank mobilised its able bodied men between ages 15-55 to resist Ukrainian government aggression and evacuated almost 40,000 women and children to Russia. The Donbass has been undergoing shelling from Ukrainian government artillery for the past 48 hours and earlier Monday Russian forces killed 5 Ukrainian soldiers caught sneaking into Russian territory.

After meeting Monday with the security council. Putin called President Emmanuel Macron of France and Chancellor Olaf Scholz of Germany to inform them of Russia decision to recognise the two break away republics. Afterwards in a televised speech filled with historical grievances he questioned the concept of Ukraine.

“Modern Ukraine was completely created by Russia, or to be more exact, by Bolshevik Communist Russia.” According to him, “Lenin and his supporters did it in a crude way, alienating Russia’s historical territories. Millions of people living there weren’t asked at all.”

“The situation in Donbass is critical again,” he said.

“I would like to stress it once again that Ukraine is not just a neighbor for us. It is inseparable part of our own history, culture, spiritual space. They are our friends, our kin. They are not only our colleagues, friends, former fellow workers, they are our relatives and people linked by blood, family bonds with us,” he said.