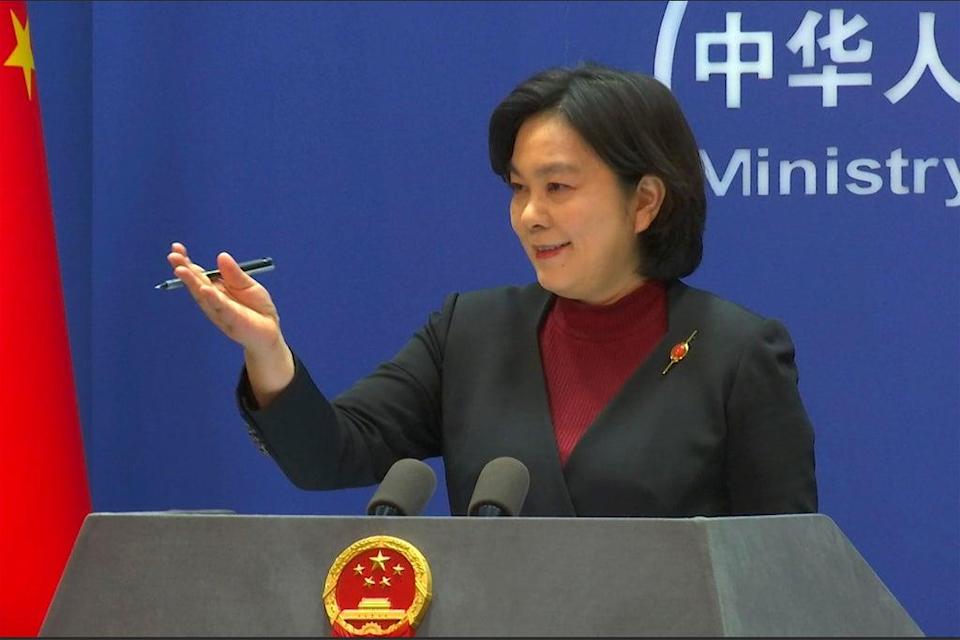 Blames West for the Ukraine crisis.

Chinese Foreign Ministry spokesperson Hua Chunying has repeated China’s call for peace talks on the Ukrainian crisis in a press briefing Thursday. China has refused to criticise Russia “special military operation” to stabilise Ukraine. “The Ukraine issue is complex in its historical background … what we are seeing today is the interplay of complex factors.”

“China is closely following the latest developments,” Hua said. “We still hope that the parties concerned will not shut the door to peace and engage instead in dialogue and consultation and prevent the situation from further escalating.”

She then criticised the United States for saying that China backs Russia in its military action in Ukraine. “As for the US suggestion that Russia has China’s backing to act, I believe Russia will be very unhappy to hear such a statement. Russia is an independent and a nuclear power and took action in its own judgement and national interests.”

“Russia is a great power with might. It does not need the support of China or other countries.”

“We will not act as the United States acts, which supplies Ukraine with a large number of weapons,” she stated.

“Those parties who were busy condemning others, what have they done ? Have they persuaded others?”

Both China and Russia are aligned in their opposition to the West. On Wednesday China’s Embassy in Kyiv issued a warning to its citizens to stay home and place a Chinese flag inside or on their vehicle if they needed to travel long distances.

On Wednesday, Hua accused the West of creating “fear and panic” over the crisis and said the U.S. was fueling tensions by providing weapons to Kyiv. She said China opposes new sanctions on Russia.

In a rebuff to Western sanctions on Russia, China approved the imports of billions of dollars worth of Russian wheat and barley following an agreement between the Russian and Chinese leaders signed February 8.

Next post WAEC Result: How One ‘Prince’ Duped Parents