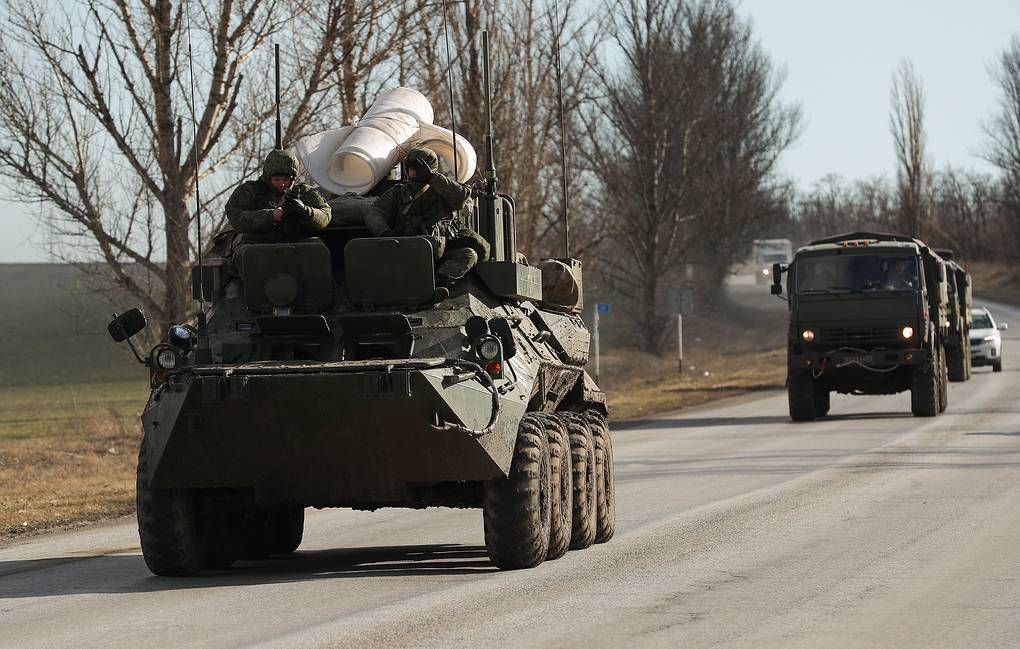 Ukrainian soldiers are dropping their weapons and going home

Following urgent appeals for military assistance from the newly independent republics of Donetsk and Luhansk, President Vladimir Putin of Russia announced the start of a “special military operation” to stop Ukrainian military aggression early Thursday. “Its purpose is to protect the people who have for eight years been exposed to humiliation and genocide by the regime in Kiev. For this we will seek demilitarization and denazification of Ukraine, and also press for bringing to justice those who have committed numerous bloody crimes against peaceful civilians, including Russian citizens.”

Russia, Putin said would seek for a total “demilitarisation and denazification” of Ukraine. He appealed to Ukrainian servicemen to lay down their arms and go home.

“Those servicemen of the Ukrainian army who will meet this demand will be free to leave the zone of combat operations and return to their families.” All responsibility for possible bloodshed “will rest upon entirely on Ukraine’s ruling regime.”

In his address to the Ukrainian people, he explained that Russia’s actions were taken in self-defense from threats and from a “still greater misfortune than the one happening today.”

“However difficult it may be to do this, I am asking you to understand this and calling for cooperation in order to turn this tragic page as soon as possible and to move forward together.”

The Russian president then issued a chilling warning to NATO and the West. “Nobody should feel any doubts that a direct attack on Russia would end with the potential aggressor’s defeat and terrible consequences for the attacker,” he warned.

“Whoever may try to create obstructions to us, let alone pose threats to our country and our people, they should know that Russia’s response will follow without delay and entail consequences that you have never encountered in your history. We are prepared for any march of events. All necessary decisions in this connection will be made. I hope that I will be heard,” Putin said.

According to the ministry, smart weapons are being used to disable military infrastructure facilities, air defenses, military airfields and aircraft.