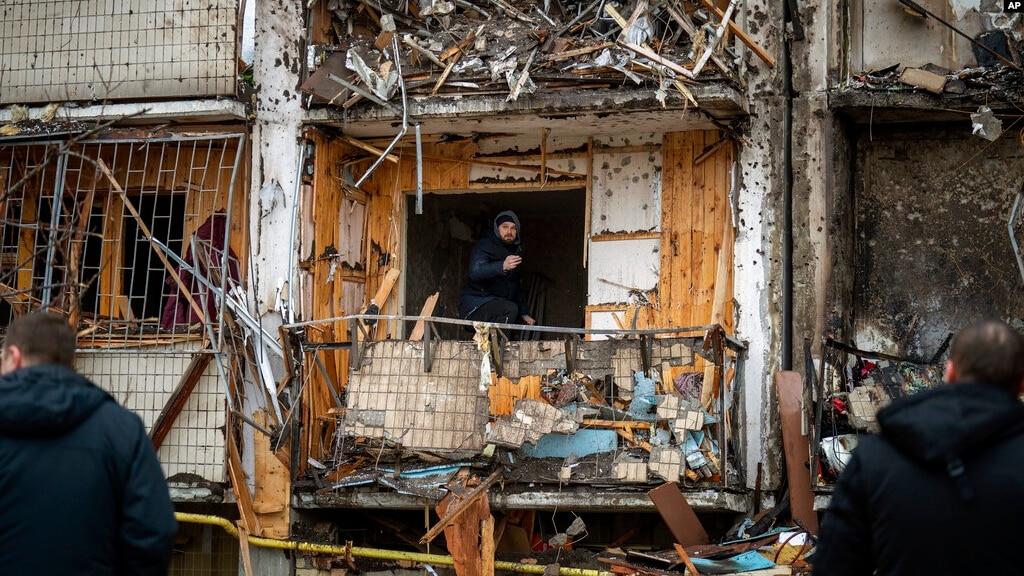 As Russia presses on with its “special military operation” in Ukraine to carry out what their president, Vladimir Putin described as a “denazification” and “demilitarisation” operation I had to ask myself how we got here. As they say there is reality and there is history.

Since Napoleonic times, Russia has been paranoid about invaders taking over the motherland. Napoleon emperor of France invaded in 1807, but had to withdraw back to France after series of defeats even though he got to Moscow. This was the first western aggression against Russia, then in 1854 an alliance of Britain, Turkey, France and Italy attacked in the Crimean War after Russia occupied parts of Turkish territory in Romania. Turkey declared war on Russia and that war was memorialised in the Lord Tennyson’s poem Charge of the Light Brigade. British cavalry charged towards Russian artillery fire and were mercilessly cut down by Russian fires.

Fast forward 134 years later, the west attacked again this time it was Adolf Hitler of Nazi Germany. Nazism is western ideology Hitler got to power through the ballot box. Germany launched Operation Barbarossa because the Germans lusted for “living space” which was the wheat and barley farms of Russia. A Western victory will mean Russian farms will belong to Germany but the Russians prevailed. Berlin a western capital was captured by the Russians after months of brutal fighting. Russia lost more in the Eastern front than the Western allies on the Western front.

The Russian victory divided Europe into West and East symbolised by the Berlin Wall. Josef Stalin the Russian leader distrustful of the allies and fearing a resurgent Germany attacking again, created the so called “evil empire” a system of buffer and client states. these states became communist while western Europe came under the sway of the capitalist system of the United States. The US then created the North Atlantic Organisation aka The Washington Treaty in 1949 as a collective defence mechanism for western Europe against a perceived attack from Soviet Russia which never happened all through the Cold War. Though in response to NATO’s creation Russia signed the Treaty of Friendship, Cooperation and Mutual Assistance with eastern Europe known as the Warsaw Pact in 1955. We have to stop another invasion from the west again Russian planners must have thought especially after West Germany was admitted into NATO in May 1955. Lest we forget an important point Russia had asked to join NATO but its request was rejected by the United Kingdom and the United States in 1954. WHY?

Since 1945, how many times has Russia invaded a country? You can count on your first five fingers. Hungary in 1956, Czechoslovakia in 1968, then Afghanistan in the 1980s. But the western alliance NATO headed by the United States had intervened in more than 100 countries with disastrous consequences. Africa is still reeling from the effects of Western slave trade and colonialism. Anyway let me go to the 1980s when the cowboy Ronald Reagan visited the Berlin Wall and told Mikhail Gorbachev. “Tear down this wall.” Of course the wall came down, communism states in eastern Europe collapsed and the Soviet Union ended. The West had won the Cold War.

When you are not magnanimous in victory it could be dangerous. Instead of including or creating an over arching pan European security, political and economic structure that will include Russia. They excluded her oh poor Russia you do not have democracy and human rights yeah right a country ruled by tzars and communist dictators for much of its history. Wait it had a Duma and a Supreme Soviet assembly no? NATO expanded right up to the borders of Russia gobbling up former buffer client states of Russia with the exception of Ukraine. Now if NATO had offered membership to Russia irrespective of its system and kept its promise of not expanding beyond the Elbe river, will Russia be conducting an SMO on Ukraine? I doubt it. You should too.

Next post China blames NATO for the Ukraine crisis