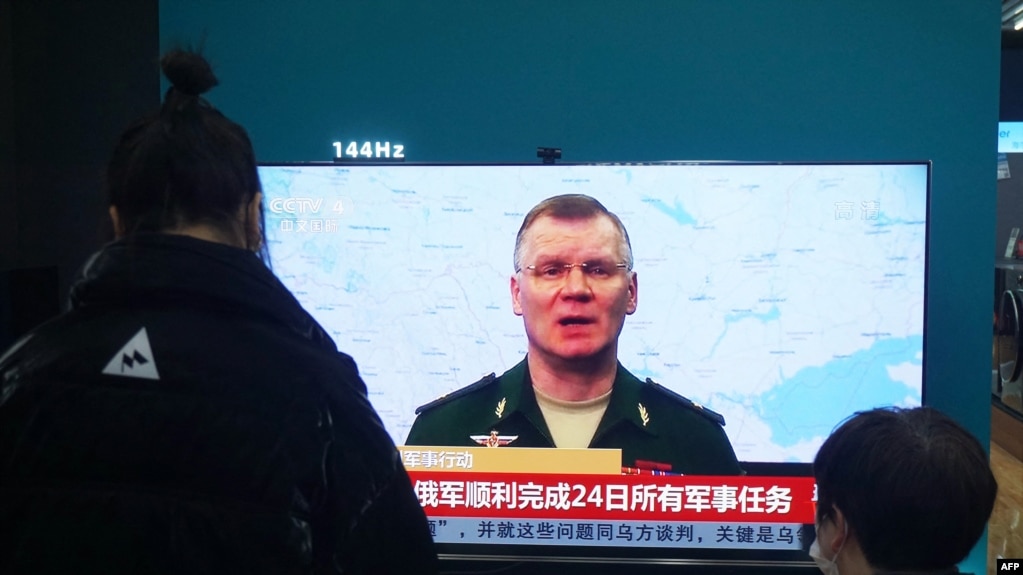 Russian forces continue its push towards the Ukrainian capital Kyiv Saturday after the Ukrainian authorities rejected a Russian peace offer.

“The Ukrainian side has refused to negotiate. This afternoon Russian forces have resumed their advance in accordance with the plan of the operation,” Kremlin spokesman Dmitry Peskov said.

Oleksiy Arestovich, advisor to the head of Ukraine’s presidential office, said Kiev refused to negotiate with Russia because the conditions Russia proposed are “unacceptable” for the country, calling the conditions as “an attempt to force us to surrender.”

Following the rejection from Kyiv, Moscow resumed its operation in Ukraine from all directions. With the Russian MoD spokesman Maj. Gen. Igor Konashenkov warning that the Kyiv regime was now hiding rocket artillery systems in civilian areas. Over 100,000 Ukrainians have left for western Europe as the “SMO” continues.

The Russian MoD has stated its goal is to degrade Ukrainian military offensive capability and has avoided striking Ukrainian civilian infrastructure.

“The Russian army has destroyed 821 objects of the military infrastructure of Ukraine. Among them are 14 military airfields, 19 command posts and communication centres, 24 S-300 and Osa anti-aircraft missile systems, 48 radar stations. 7 combat aircraft, 7 helicopters, and 9 unmanned aerial vehicles were shot down. 87 tanks and other combat aircraft were destroyed, as well as armoured vehicles, 28 multiple launch rocket systems, and 118 units of special military vehicles.” Konashenkov said.