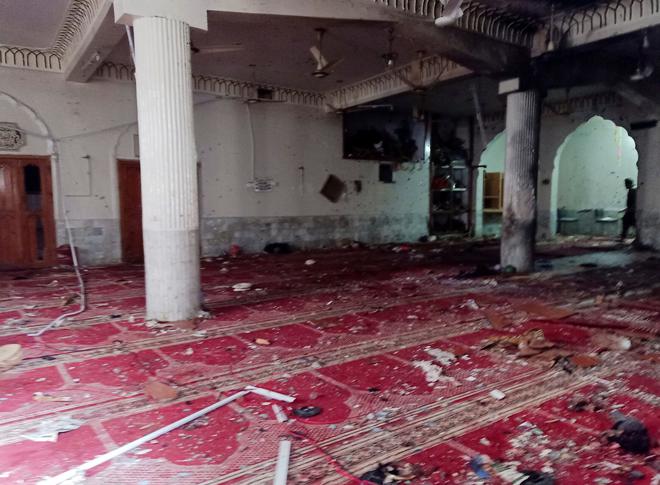 A powerful explosive device detonated in a Shia mosque in the north western Pakistani city of Peshawar killing more than 45 people and wounding 65 others. The incident happened during Friday prayers.

Local police chief Waheed Khan say that the death toll will likely exceed 45 for many of the wounded are in critical care at the hospital. Police say the explosion occurred as worshippers gathered to say prayers at the Kucha Risalder Mosque not far from the Afghan border.

The incident began when two gunmen on motorbikes open fire on police outside the mosque killing one and injuring the other. One gunman died and the other surviving gunman burst into the mosque and detonated his explosive vest.

At least 150 worshippers were in the mosque according to eyewitnesses.

Retired army officer Sher Ali who had been inside the mosque at the time of the explosion was injured by flying shrapnel. He made an impassioned plea to the Pakistani government for better protection of the country’s minority Shia Muslims.

“What is our sin? What have we done? Aren’t we citizens of this country?” he said from within the emergency department, his white clothes splattered with blood.

Analysts have blamed Sunni terror groups like the Islamic State and the Pakistani Taliban for the attack.