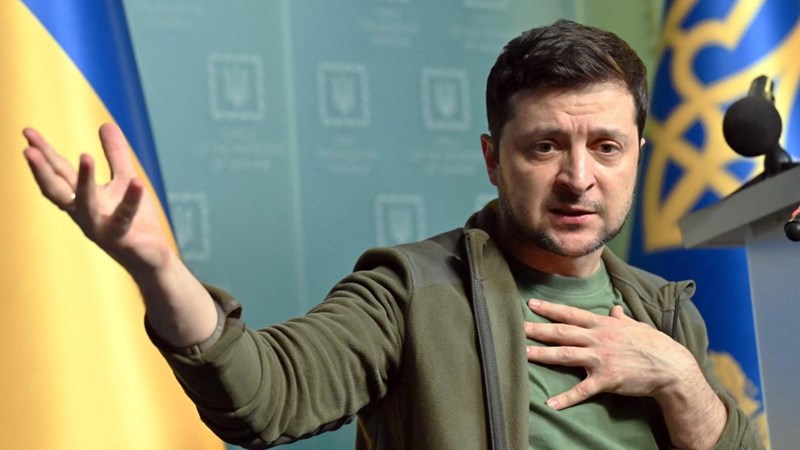 NATO No fly zone and boots on the ground requests rejected

President of Ukraine Volodymyr Zelensky released a video message on Friday, wherein he called the NATO summit “weak”. Earlier on Friday, NATO rejected his request for a “no fly zone” over Ukraine.

NATO Secretary General Jens Stoltenberg speaking in Brussels said “We are not part of this conflict, we have a responsibility as NATO allies to prevent this war from escalating beyond Ukraine because that would be even more dangerous, more devastating and would cause even more human suffering.”

“We do not seek war with Russia.” he added and further clarified the situation with the Russian special military operation in Ukraine. “But we remain committed to keeping channels for diplomacy and de-confliction open. To avoid any unintended escalation, misunderstanding, or miscalculation,” he said referring to Moscow putting its strategic nuclear forces at high readiness, which caught NATO off guard according to analysts.

Zelenskly responded angrily in a video message. “Today there was a NATO summit, a weak summit, a confused summit, a summit where it was clear that not everyone considers the battle for Europe’s freedom to be the number one goal. Today, the leadership of the alliance gave the green light for further bombing of Ukrainian cities and villages, having refused to set up a no-fly zone.”

The Russian President had ordered a special military operation in Ukraine following appeals for military assistance from the Donbass republics and Duma resolutions approving the operation.

The Russian MoD has emphasised that it was using smart weapons systems to target Kyiv regime forces and it wasn’t hitting civilians, their infrastructure and it was abiding by the Geneva conventions.