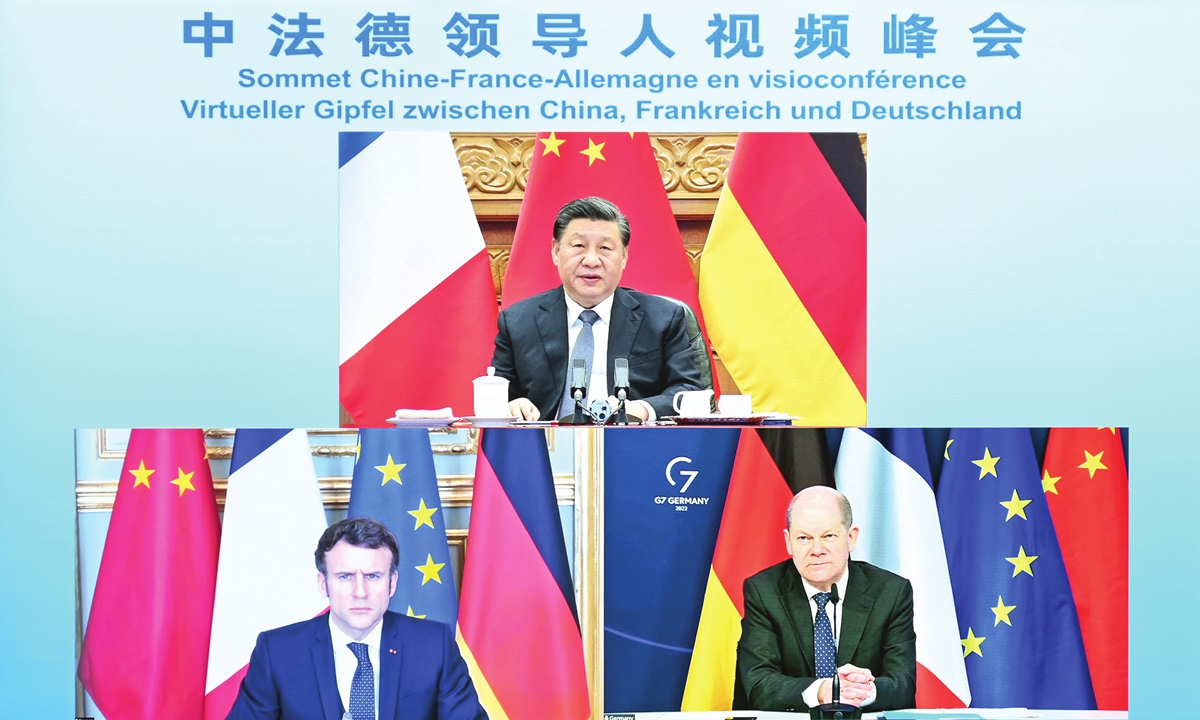 President Xi Jinping of China held a virtual summit with President Emmanuel Macron of France and Chancellor Olaf Scholz of Germany on Tuesday to discuss the ongoing situation in Ukraine. In a video teleconference call connecting Paris, Beijing and Berlin the three leaders supported the idea of a “balanced effective and sustainable” security architecture. The new architecture should be pan European to ensure its interests and security are guaranteed.

“There is a need to jointly support the peace talks between Russia and Ukraine. Encourage the two sides to maintain the momentum of the negotiations and ensure maximum restraint to prevent a massive humanitarian crisis.” Xi said.

“China maintains that the sovereignty and territorial integrity of all countries must be respected, the purposes and principles of the UN Charter must be fully observed, the legitimate security concerns of all countries must be taken seriously, and all efforts that are conducive to the peaceful settlement of the crisis must be supported.” The Chinese leader said taking into account the worries of both sides.

He then called on the German and French leaders for co-operation in alleviating the negative impact of the sanctions on Russia. “The  relevant sanctions will affect global finance, energy, transportation and stability of supply chains, and dampen the global economy that is already ravaged by the pandemic. And this is in the interest of no one.”

President Macron issued a brief press statement after the talks saying “The dramatic consequences of Russian aggression in Ukraine, in particular the growing number of civilian victims and refugees were discussed.” While Berlin issued its own brief statement. “All agreed to fully support all negotiations aimed at a diplomatic solution to the conflict” and called for “access to the contested areas,” while “functioning humanitarian corridors must be created.”

The meeting comes on the sidelines of the third round of negotiations between Ukraine and Russia which has so far made no progress. The Russians are demanding four things that Ukraine ceases military action, pledge neutrality, acknowledge Crimea as Russian territory and recognise the independence of the two Donbass republics.

Experts believe that China should be the mediator between Russia and Ukraine because of its strategic relationship with Moscow and prevent the Anglo nations of the US and the UK from further inflaming the crisis. As this was an European issue it was right for Xi to exclude the UK from the virtual meeting.