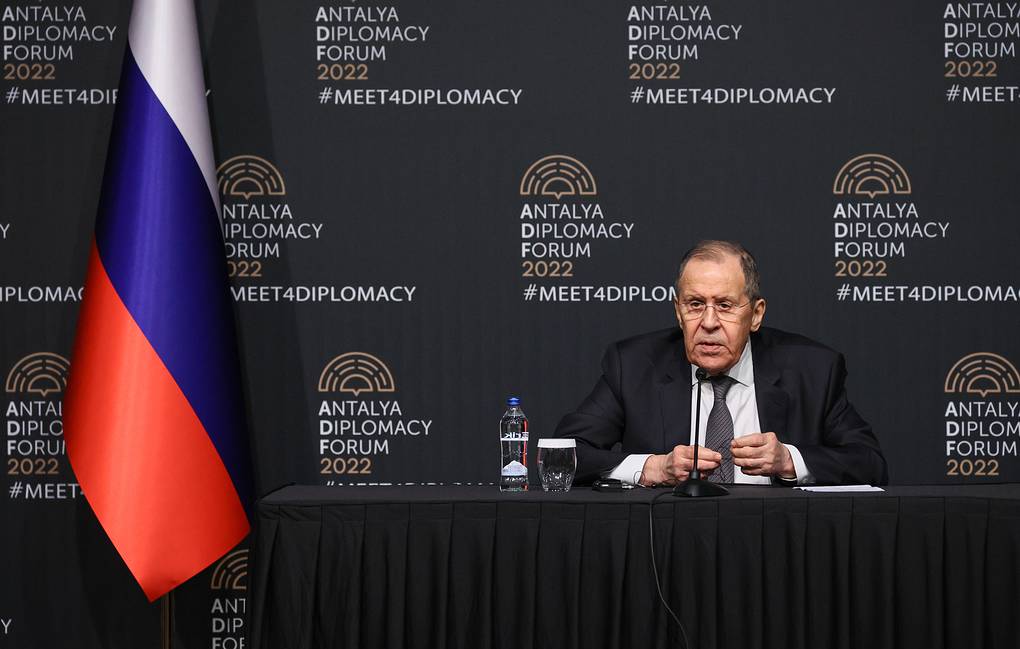 On Thursday, Foreign Minister of Russia Sergey Lavrov dropped remarks signalling Russia’s economic independence after meeting with his Turkish and Ukrainian counterparts in Antalya Turkey that Russia will solve its economic problems by itself, without the help of Western nations and companies.

In a move marking Russia’s independence from Western interests. Lavrov said. “We will solve this problem in such a way that never again will we depend on [our] Western partners, be it governments or companies that are not guided by the interests of their business, but have become a tool of political aggression, Russia is now experiencing from the West.”

He was speaking at the Antalya Diplomatic Forum which also hosted the Ukrainian foreign minister Dmitry Kuleba and and the Turkish foreign minister Mevlut Cavusoglu. The Antalya Diplomacy Forum is an annual high-level gathering of professionals, diplomats politicians, opinion makers and academics where ideas and international challenges are discussed. The forum marked the first time since Russia began its special military operation that Lavrov met his Ukrainian counterpart.

Lamenting the sanctions and withdrawal of Western companies and finance, the Russian foreign minister in a nod to developing nations said. ” We will make sure that we never find ourselves in a similar situation again and that no Uncle Sam or anyone else can make decisions that are aimed at destroying our economy.”

“We will find a way to no longer depend on it, and it should have been done a long time ago,” he added.

On the accusation that Russia is weaponising oil and gas supplies. He retorted. “I prefer to leave such accusations to the discretion and conscience of Western colleagues.”

“As for oil and gas: we leave it all to the discretion and conscience of our Western colleagues,” he said, adding “We have never used oil and gas as a weapon, although they regularly accuse us of doing so.” Brushing off threats of Western sanctions on purchase of oil and gas, he brushed it off. “If they want to substitute it, they are welcome to do so. We will have markets for sales, we already have them.”

According to Lavrov, the military operation was going according to plan. The Western plan to supply weapons to the Ukrainian nationalists was a threat to everybody. “Western countries are creating threats primarily to themselves by providing weapons to Kiev because these weapons, including man-portable air-defence missile systems, may get out of control: “It will create risks and threats to civil aviation over Ukraine that will linger for years, and they may also spread to all of Europe.”

The Russian foreign minister also said that they were waiting for a reply from Kiev in the security guarantees Russia is demanding.

On Kuleba’s regret about the fact that no progress had been achieved in Antalya on the 24-hour ceasefire issue, Lavrov said it is a groundless accusation. “No one was going to make a ceasefire agreement here. We did not come here to replace the Belarusian negotiation platform.”