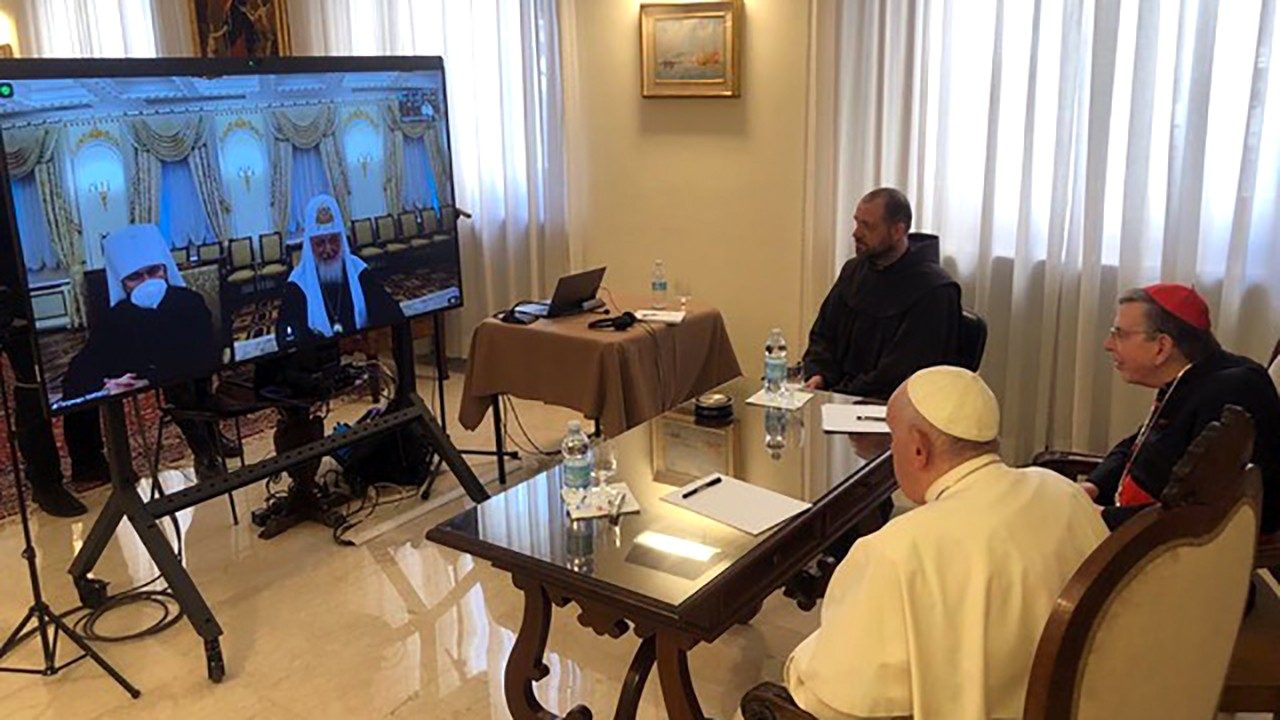 Patriarch Kirill of Moscow and All Russia and Pope Francis of the Roman Catholic Church held a video conference call Wednesday according to a statement released by the Vatican press office. Cardinal Kurt Koch, President of the Pontifical Council for Christian Unity, and Metropolitan Hilarion of Volokolamsk, Head of the External Relations Department of the Moscow Patriarchate, also attended the meeting. According to the press statement released. The two religious leaders discussed the ongoing peace negotiations between Ukraine and Russia and the humanitarian situation.

The Orthodox and Catholic leaders centred their talk “on the war in Ukraine and on the role of Christians and their pastors in doing everything to ensure that peace prevails.”

The Russian Orthodox church’s Department for External Church Relations in its statement said the talks between the patriarch and the pontiff included “a detailed discussion of the situation on Ukrainian soil” with a special focus on the “humanitarian aspects of the current crisis” and on the Russian Orthodox and Roman Catholic churches’ efforts “to overcome its consequences.”

“The parties stressed the exceptional importance of the ongoing negotiation process, expressing their hope for the swift achievement of a fair peace,” the statement reads.

Pope Francis thanked the Patriarch for the meeting, motivated by the desire to point out, as shepherds of their people, a path to peace, to pray for the gift of peace and for a ceasefire.

Also on Wednesday, Lambeth Palace confirmed that the Anglican Archbishop of Canterbury Justin Welby told Patriarch Kirill to publicly call for peace when the two spoke via video call on Wednesday and both pledged to work for peace.

“Every person should have the right to freely practice their faith and speak their native language, without being subjected to political persecution.” Kirill said in reference to the 2016 meeting with Pope Francis that called for an end to the war on the Russian speakers in Donbass.

“The parties stressed the need to achieve a lasting peace based on justice as soon as possible and agreed to continue cooperation,” the Russian Patriarchate said.