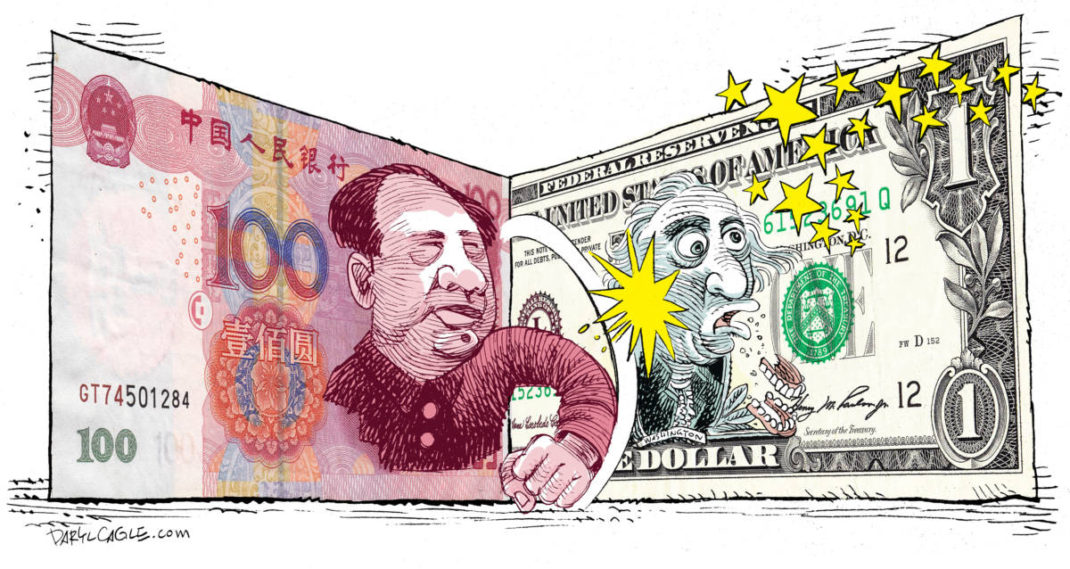 China and Saudi Arabia in talks

Xi to visit Riyadh after Ramadan

The biggest shakeup in the “petro-dollar” oil market in more than 50 years is imminent as reports suggest that China and Saudi Arabia are in talks on settling payments in local currencies.

The Wall Street Journal reports in an exclusive published Tuesday, that China and Saudi Arabia are in talks to price the kingdom’s oil exports to China in yuan. If approved it will mark the end of the US dollar dominance in the global commodity market since 1973 when President Nixon asked King Faisal of Saudi Arabia to accept only US dollars as payment for oil and to invest any excess profits in US Treasury bonds, notes, and bills. In exchange, Nixon pledged to protect Saudi Arabian oil fields from the Soviet Union and other interested nations, such as Iran and Iraq.

Since Trump lost the 2020 elections, the Saudis have been unhappy with the Biden administration lack of support for its war in Yemen, the revival of the Iran nuclear deal and the accusation by US intelligence that Crown Prince Mohammed Bin Salman ordered the killing of the Saudi dissident journalist Jamal Khashoggi in 2018.

US and Saudi relations nose dived further after Salman refused to pick Biden’s call to discuss increasing oil production and sanctions on Russia over Ukraine.

“The dynamics have dramatically changed. The U.S. relationship with the Saudis has changed, China is the world’s biggest crude importer and they are offering many lucrative incentives to the kingdom,” said a Saudi official close to Salman.

“China has been offering everything you could possibly imagine to the kingdom,” the official said.

Xi has also being invited to the kingdom after Ramadan. His upcoming visit will be the first time the Chinese leader has stepped out his country since the start of the pandemic. Saudis are planning to give him the red carpet treatment which will be better than what Trump got.

“The crown prince and Xi are close friends and both understand that there is huge potential for stronger ties,” a Saudi official said, according to the Journal. “It is not just ‘They buy oil from us and we buy weapons from them’.”