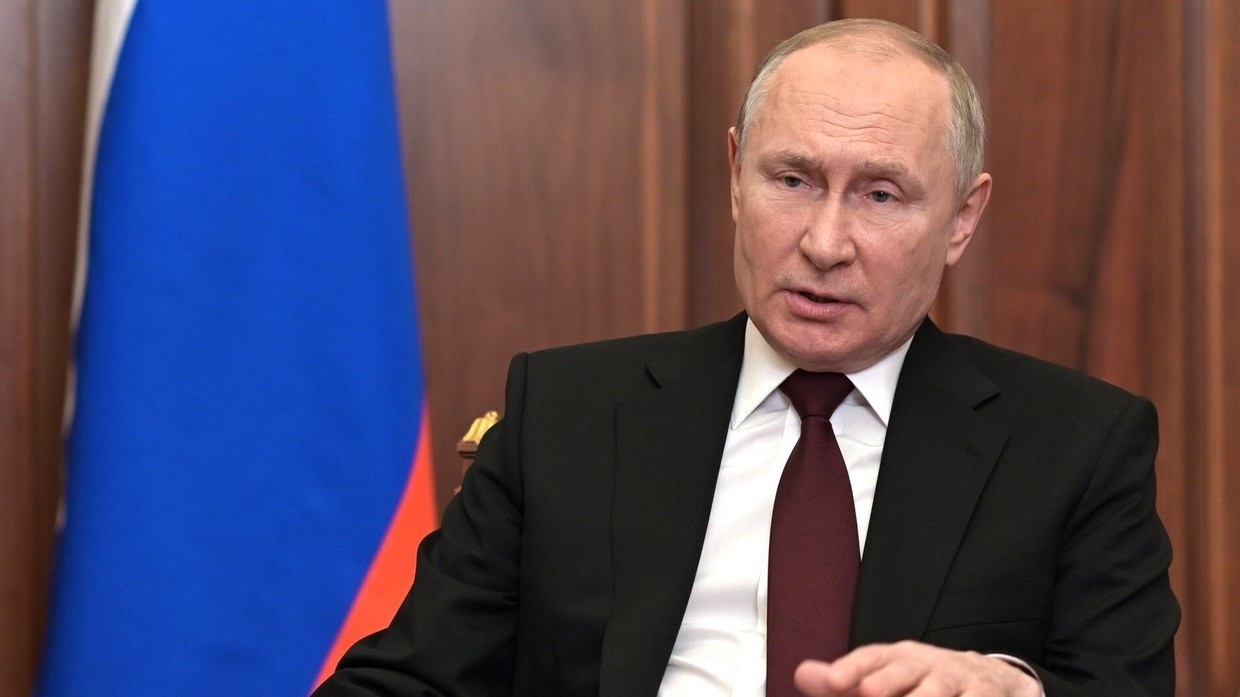 President Vladimir Putin speaking at the Kremlin Wednesday said that the unprecedented sanctions imposed by the Western alliance marked the end of an era. The era of western political and economic dominance was over according to Putin.

“We have data from international organisations that show social problems in the leading Western countries have exacerbated in recent years. There is more inequality and a bigger chasm between poor and rich. There is racial and ethnic conflict.” The Russian president said addressing citizens of Western nations.

“So this myth of the so called western welfare state golden bullion is getting destroyed.” Putin in an apparent reference to the energy crisis afflicting Western homes and businesses. He then warns of high food prices that will affect the entire world.

“The entire planet has to pay for the ambitions of the West for their attempts by any means to preserve the domination of the world that is slipping away.” He told citizens of the West to avoid blaming Russia but their governments.

He further went on to say that trust in Western financial institutions has been eroded by the sanctions placed on Russia. Other countries were going to think twice before putting their wealth in Western financial institutions. “The current situation is, of course, a test for us all. I am sure that we will pass it with dignity – with hard work, joint work and mutual support, we will overcome all difficulties and become even stronger, as it has always been throughout Russia’s thousand-year history,” Putin stressed.

“The Russian economy will definitely adapt to new realities. We will strengthen our technological and scientific sovereignty, direct additional resources to support agriculture, the manufacturing industry, and housing construction infrastructure,” the president added.

“Half of Russia’s assets have been stolen by the West. The Western elites, have turned their countries into an empire of lies, but Russia will keep on presenting its own position to the whole world, no matter what.” He added.

According to the Kremlin, Russia launched its special military operation in Ukraine to carry out a demilitarisation and denazification process, acknowledge calls for assistance from the Donbass republics and recognition of Russia’s sovereignty over Crimea.