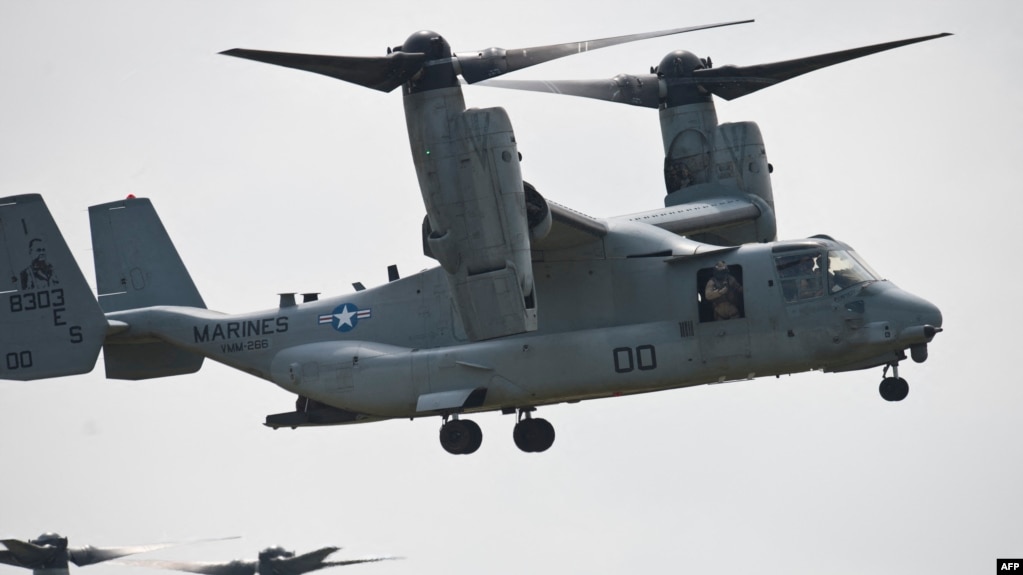 The crashed aircraft was the problematic MV-22B Osprey

Four US marines were killed when their MV-22 Osprey tilt rotor aircraft crashed in a remote part of Norway during a NATO exercise Friday. Local police confirmed the incident Saturday.

The $48 billion Osprey programme despite criticism from rank and file marines about safety issues and propensity for human errors after more than two decades, three fatal crashes and a records-doctoring scandal. The Pentagon continues to operate the MV-22 Osprey which takes off like a helicopter then transitions its rotors forward to fly like an airplane.

The marines were taking part in the NATO exercise code named Cold Response which involves 30,000 troops from NATO member countries when the incident happened.

“As far as the police are aware, all four are of American nationality,” police said. Emergency services reached the crash site by land early on Saturday after helicopters were unable to land due to harsh weather conditions. Gale-force winds were blowing, heavy rains were falling, and there was a risk of avalanches, according to local weather forecasts.

Norwegian police are investigating the cause of the fatal crash but it has been hampered by the bad weather. The air crash investigation will continue once the weather improves. “

“Police reached the crash site at around 0030 GMT. It is regrettably confirmed that all four on board the plane have perished,” according to a Norwegian police statement.

One thought on “Four Americans Die In NATO Air Crash”