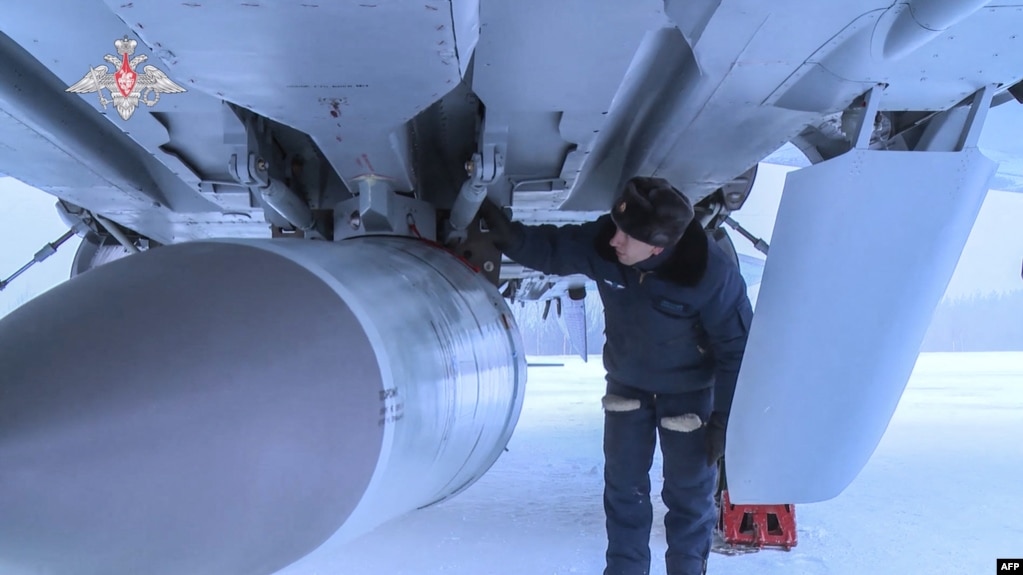 Kinzhal missiles travel so fast, at Mach 10, they are meant to be able to evade detection by defense systems, and when announcing the missiles’ development in 2019, Russian President Vladimir Putin described them as “invincible.”

The hypersonic strike destroyed the underground arms depot and the Ukrainian military spokesperson Yuri Ignat confirmed to the media that the strike caused casualties, damage and destruction. As well as numerous secondary explosions due to stored munitions going off. Since 2018 two elite Ukrainian units were based there and horrific images of dead and wounded soldiers have been shared on social media.

Russia becomes the first country in the world to fire an hypersonic missile in combat. According to Russian MoD the Kinzhal can hit targets at a range of over 2,000 kilometres. The deadly missile is able to manoeuvre on its trajectory and gain speeds of up to 10 mach making it impossible for it to be intercepted by today’s anti-missile systems.