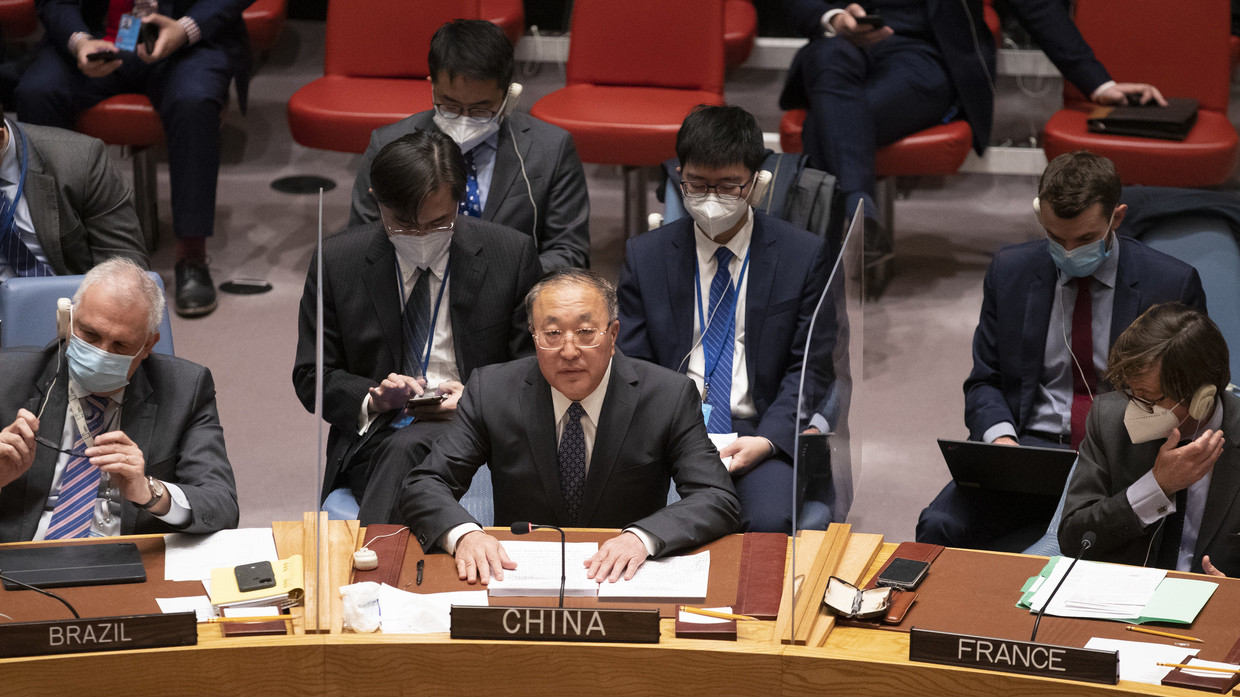 “Having been a victim of chemical and biological weapons, China believes that any information and leads on biological military activities should trigger heightened concern and attention of the international community to avoid irreparable harm,” Ambassador Zhang Jun said.

Then he added, “Russia has further revealed the newly discovered relevant documents. The party concerned should respond to questions, and offer timely and comprehensive clarifications to remove the doubts of the international community.”

The Russian permanent representative Vassily Nebenzia told the Security Council. “We discovered facts that Ukrainian authorities, supported and directly sponsored by the US Department of Defense, were implementing dangerous projects in the framework of a military biological program.”

“US officials claim that there are no US-controlled biolabs in Ukraine, however the US Permanent Representative could not explain how these statements reconcile with the fact that there are documents proving this sort of “cooperation” between Kiev and Washington. This is cynical use of Ukraine’s territory and population for dangerous research that Washington does not want to have at home so that to not put its own population at risk.” He added.

Nebenzia then called on states who provide facilities for the Pentagon to read the small print in the their agreements with the US and Russia supports the Chinese demand to the US to disclose information about activities of 360 US controlled labs worldwide. Representatives for Ghana, India, Brazil, Kenya, China, Mexico and Gabon also voiced concerns about Russia’s claims and supports the Chinese resolution calling for an investigation. Friday’s UNSC meeting was called by Russia.

The American representative Ambassador Linda Thomas-Greenfield said. “We’re hearing more bizarre conspiracy theories from Russia, things that sound like they were forwarded to them on a chain email from some dark corner of the internet.”