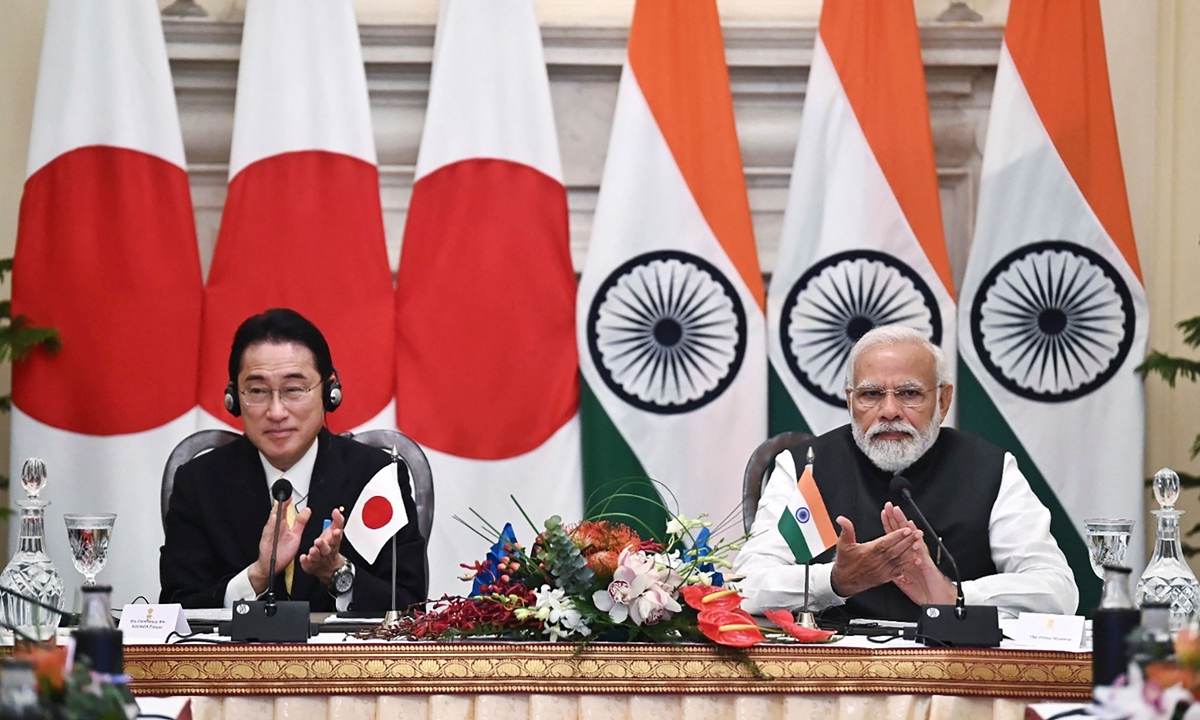 Japan fails to win India over

Japanese Prime Minister Fumio Kishida on his official weekend trip to New Delhi to woo his Indian counterpart Narenda Modi to adopt a harsher rhetoric on Russia met a BRICS wall instead.

India part of the Brazil, Russia, India, China and South Africa economic co-operation alliance known as BRICS is also a member of the Quadrilateral Security Dialogue (QUAD) formed in 2007 by former Japanese prime minister Shinzo Abe to establish “an Asian arch of Democracy” to counter China in the Indo-Pacific region. The other members are the US and Australia.

Kishida had hoped to get Modi to adopt the the same sanctions on Russia route the other Quad members took but the joint communique issued at the end of talks suggested that India was towing the BRICS line. No sanctions on Russia. So far India has refrained from taking sides and abstained from voting against Russia at the U.N. or criticising President Vladimir Putin. Ahead of the visit, a government spokesman said that the state-run Indian Oil Corp. bought 3 million barrels of crude oil from Russia earlier this week to secure its energy needs as it emerges from Covid lockdowns.

President of Brazil Jair Bolsonaro, snubbed US pleas not to visit Putin in Moscow ahead of the invasion, and angered Western allies by saying he was “in solidarity with Russia.” As recently as this week Brazil sent 200,000 tons of sugar to Russia more than the annual import of 100,000 tons of sugar. South Africa president Cyril Ramaphosa told the South African parliament on Thursday. “The war could have been avoided if NATO had heeded the warnings from amongst its own leaders and officials over the years that its eastward expansion would lead to greater, not less, instability in the region.” All the BRICS agree on Ramaphosa’s statement. “Screaming and shouting is not going to bring an end to this conflict.” But dialogue and diplomacy echoing the Chinese stance.

Despite the BRICS wall he met over the Ukraine issue, Kishida inked a $42 billion investment deal with India over the next five years that is expected to boost bilateral trade and both sides affirmed the goal of a peaceful, stable and prosperous post-Covid world in agreements signed. Kishida ends his visit on Sunday.