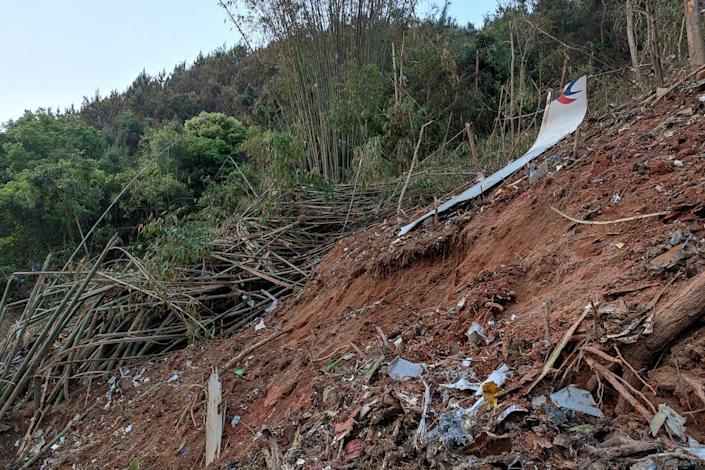 A China Eastern Boeing 737-800 aircraft crashed with 123 passengers and 9 crew members into a mountain side in the souther province of Guangxi Monday. the Civil Aviation Administration of China has confirmed.

According to Flightradar 24 the flight monitoring app, the China Eastern jet took off at 0515 UTC from Kunming airport in Yunna Province to Guangzhou airport. Cruising at an altitude of 30,000 feet and speed at 525 kmph when it suddenly nosedived and crashed into a mountain side at 0625 UTC when contact was lost.

The crash debris scattered over a wide area sparked a large fire that was quickly put out by hundreds of emergency crews that arrived after the crash working into Tuesday in the frantic search for survivors. State media Xinhua has reported that there is forecast for rain and the mountainous terrain will hamper recovery efforts.

Only debris has been found according to eye witnesses, a village official with the surname Zhou told the Chutian Metropolis Daily newspaper that the plane had “completely disintegrated” and that he did not see any remains.

Chinese President Xi Jinping called for an “all-out effort” in the rescue operations and for any potential safety hazards to be investigated.

The U.S. Federal Aviation Administration said in a statement Monday it was aware of the reports of the crash. “The agency is ready to assist in investigation efforts if asked.”

Boeing said in a statement. “We are aware of the reports of the crash and are working to gather more information.”