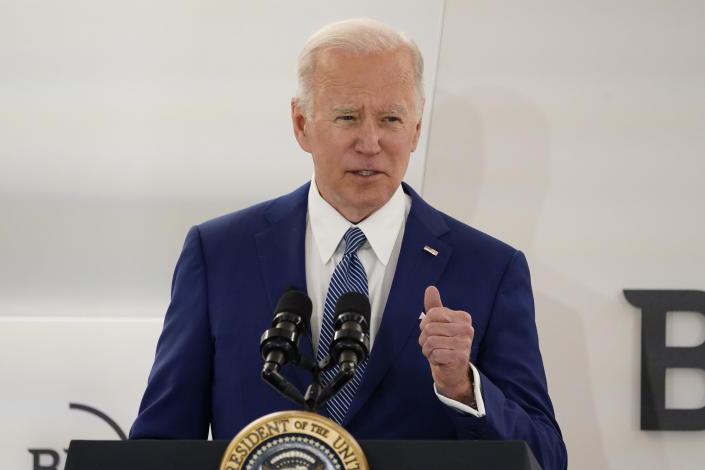 The United States must lead it Biden says

President Joe Biden of the United States sent the internet into a frenzy when he announced Monday at a meeting of the big business lobbying group Business Roundtable in Washington a “new world order was out there.” He also warned the assembled CEOs of the major American corporations that “Russia was preparing a cyber attack on the United States.”

According to the US president great changes happen every 60 to 80 years and we are at that point he claims. He further said that the creation of a liberal world order since 1945 had reduced the numbers of deaths from wars.

“As one of the top military people said to me in a secure meeting the other day, 60 million people died between 1900 and 1946. And since then we established a liberal world order. That hasn’t happened in a long while…a lot of people dying but nowhere near the chaos.” Some have criticised that actually the creation of a “liberal world order” after 1945 has led to a 100 million dead from wars.

“Now things are shifting…There is going to be a new world order out there. we got to lead it and unite the free world in doing it.” he added aware of the fact that the coronavirus pandemic, Russia launching its special military operation in Ukraine and the resultant Western sanctions marked the beginning of a new era.

Some analysts say with Western sanctions, the rest of the world is ready to do business with Russia. China leading the way has said the sanctions will only hurt the global economy. Once Saudi Arabia accepts Chinese yuan payments for its oil, America’s global dominance is over.

For years now the term “new world order” has sinister connotations. According to conspiracy theorists, the term refers to “influential historical and contemporary figures alleged to be part of a cabal that operates through many front organisations to orchestrate significant political and financial events, ranging from causing systemic crises to pushing through controversial policies, at both national and international levels, as steps in an ongoing plot to achieve world domination.”

It is not the first time the phrase has been used by Western leaders. US President George H. W. Bush, former US Secretary of State Henry Kissinger, and former UK Prime Minister Tony Blair have all uttered the term when speaking of great global change.

Biden also warned the CEOs that Russia was preparing cyber attacks against the US. “The magnitude of Russia’s cyber capacity is fairly consequential, It is coming.”

Next post “I Did Not Call Bush, Rumsfeld War Criminals”