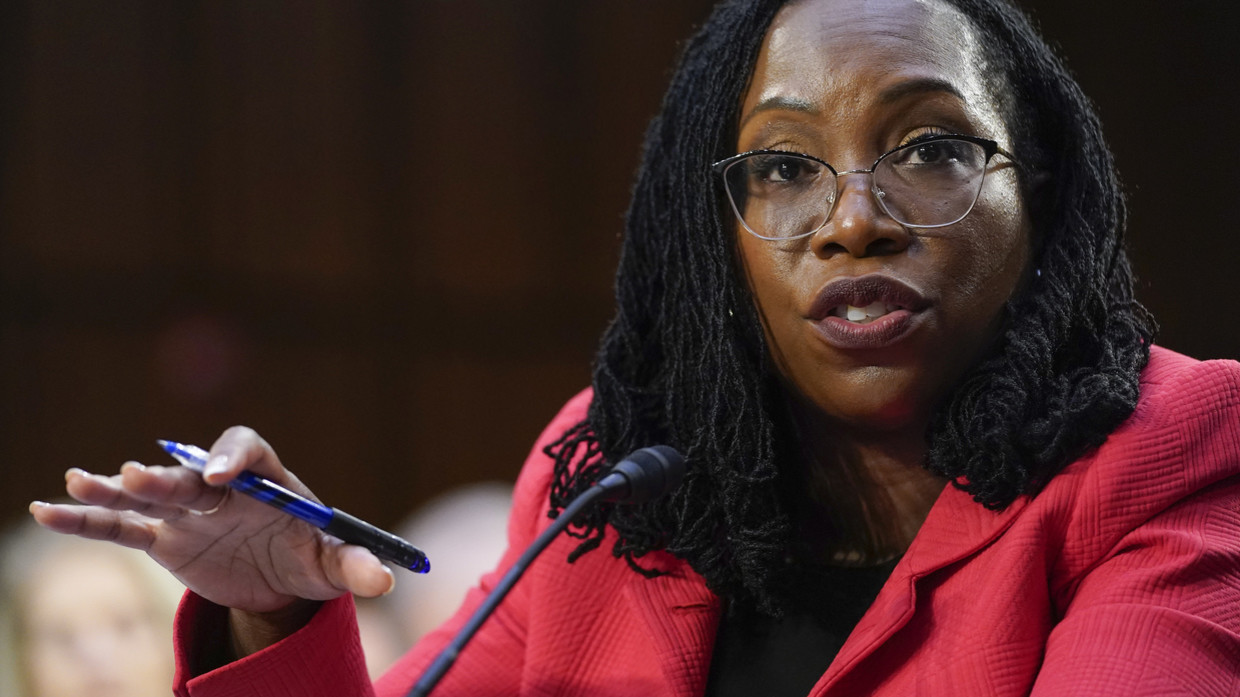 Judge Ketanji Brown Jackson on Tuesday during her senate confirmation hearing denied calling former President George Bush and former defence secretary Donald Rumsfeld war criminals. In an attempt to get cover from the flak she was receiving from other senators over lenient sentencing policy on consumers of child pornography.

In several legal filings, she was alleged to have referred to George W. Bush and Donald Rumsfeld as “war criminals” while she was defending terrorism suspects. She had legal grounds to do so as she was defending terror suspects. She denies ever saying such a thing, directly implicated the former president and secretary of defence. Jackson, picked as a Supreme Court nominee on the virtue she is a black woman fufills Biden’s 2020 electoral promise before the South Carolina primary. “I’m looking forward to making sure there’s a black woman on the Supreme Court, to make sure we, in fact, get every representation.”

Judge Jackson on facing hot grilling from senators for her alleged leniency on pedophiles tried to please the neo-cons.

“Why in the world would you call Secretary of Defense Rumsfeld and George W. Bush war criminals in a legal filing? It seems so out of character for you,” asked Senator John Cornyn (R-Texas).

“I don’t remember that particular reference,” Jackson responded, adding, “I’d have to take a look at what you meant. I did not intend to disparage the president or the secretary of defense.” Over 100,000 Afghans and over 500,000 Iraqis died at the hands of the Americans.

Sen. Lindsey Graham (R-South Carolina)more concerned with the America’s foreign wars than child pornography in America. Asked the same question. “Did you ever accuse, in one of your habeas petitions, the government of acting as war criminals, for holding the detainees?”

“I don’t remember that accusation,” Jackson replied. “What I was doing, in the context of the habeas petitions at this very early stage in the process, was making allegations to preserve issues on behalf of my clients.” The clients were four terror suspects detained at Guantanamo Bay who brought charges of torture and ill treatment against the US government naming Bush, Rumsfeld and two officers. The suspects were later freed without charge.

To salvage the senate hearing on her confirmation, Judiciary Committee Chairman Dick Durbin (D-Illinois) came to Jackson’s defense during Tuesday’s hearing. Asking. “To be clear, there was no time where you called President Bush or Secretary Rumsfeld a ‘war criminal’?”

“Correct, senator. Thank you. That was correct,” she responded.