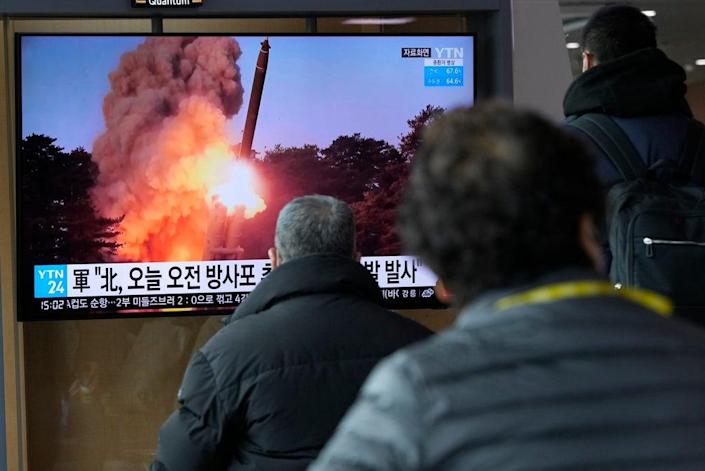 The launch of the new missile is regarded as one of the most technically advanced in terms of flight duration and altitude according to the Japanese Ministry of Defence.

The projectile flew for 71 minutes, covering 1,100 kilometres and reached an altitude of 20,000 feet. North Korea’s last tested an ICBM in 2017 when the Hwasong 15 was fired. Its flight time was 53 minutes and reached an altitude of 4,000 kilometres. In Thursday launch, the ICBM landed in Japan’s exclusive economic zone in the Sea of Japan at 1544hrs local. There were no reports of damages or casualties.

“North Korea’s actions pose a serious direct threat to Japan, the region and the entire international community, they are absolutely unacceptable, we have issued a protest via diplomatic channels.” A Japanese defence ministry spokesman said.

The Japanese minister of state of defence Makoto Oniki decried the launch. “At a time when the world is dealing with Russia’s invasion of Ukraine, North Korea is pressing ahead with launches that unilaterally aggravate provocations against the international community, which is absolutely unforgivable.” The Japanese prime minister Fumio Kishida, described the launch as “reckless.”

The South Korean president called on North Korea to refrain from such acts and stop threatening the international community.