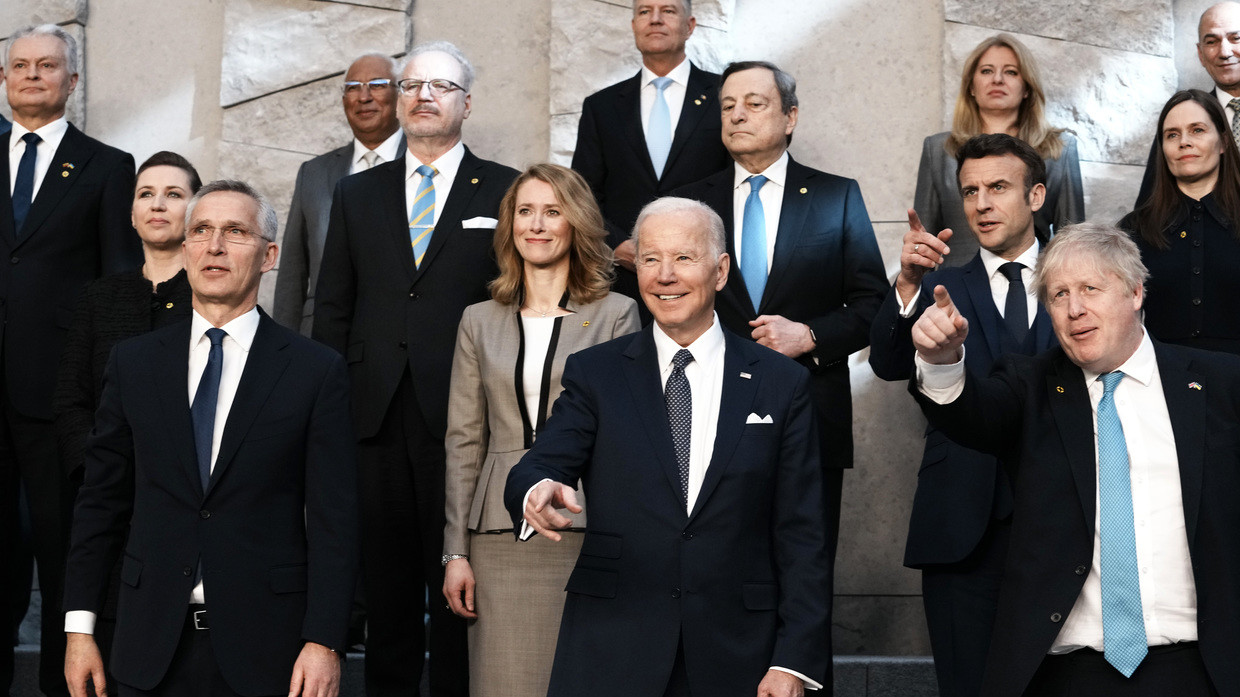 In the pre-recorded video message to NATO leaders President of Ukraine Volodymyr Zelensky begged. “To save people and our cities, Ukraine needs military assistance without restrictions. In the same way that Russia is using its full arsenal without restrictions against us,” he told NATO heads of states.

“NATO has yet to show what the alliance can do to save people,” Zelenskiy told the summit, adding that according to Ukrainian intelligence he believed Russian President Vladimir Putin wanted to invade eastern NATO members – Poland and the Baltic states – as well. Analysts have said this was Zelensky being desperate ready to drag the world into the conflict with Russia.

Stoltenberg brought up the “many different types of support” Ukraine has received, including military support, training, combat equipment, and fuel.

“The combination of training and support from NATO Allied countries with the bravery and the courage of the Ukrainian Armed Forces is enabling the Ukrainians to really resist and actually fight back the invading Russian Army,” Stoltenberg said.

“We do that because we have a responsibility to ensure that this conflict will not escalate beyond Ukraine. That will cause even more suffering, even more deaths, even more destruction.” The NATO secretary general added.

Due to the crisis, Stoltenberg has been extended for another year as secretary-general. Acquiescing to Zelensky unrealistic demands will mean he said total war with Russia.

“NATO would need to massively attack Russian air defence systems in Russia, in Belarus and in Ukraine, and also be ready to shoot down Russian planes. And then the risk for a full-fledged war between NATO and Russia will be very high, and that will cause more deaths and more destruction.” he insisted.

Russia had already warned that it will not hesitate to use nuclear weapons if it felt its existence was threatened.

NATO meanwhile has said it will send more troops and planes to eastern Europe. “We agreed to strengthen our deterrence and defence for the longer-term. We also agreed to give further support to Ukraine and to continue to impose costs on Russia.” He concluded.