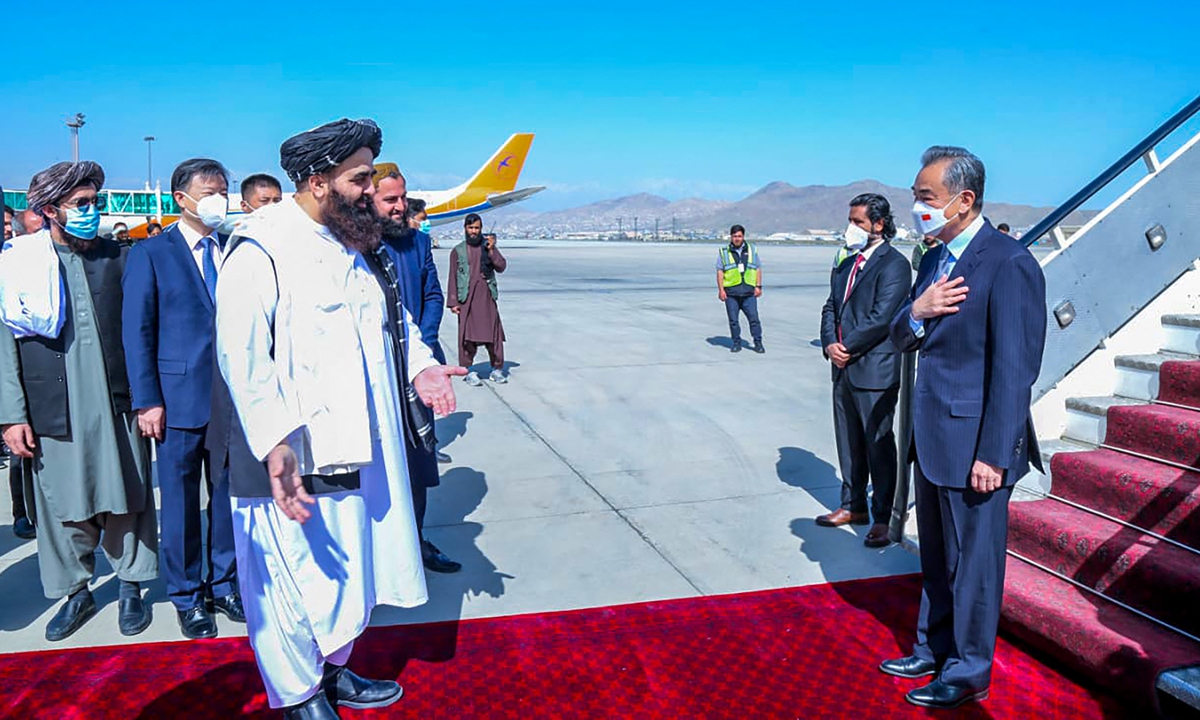 Chinese Foreign Minister Wang Yi visited Afghanistan Thursday, becoming the first senior Chinese official to do so since the Taliban returned to power. He was received at the Kabul airport by the Afghan deputy foreign minister Amir Khan Muttaqi.

Wang later met with the deputy prime minister Mullah Abdul Ghani Baradar. A friendship tree was planted to symbolise the growing relations between the two states. The Chinese foreign minister said during bi-lateral talks. “We will provide humanitarian aid to the Afghan people. We will never bomb it but help in building it.” An apparent swipe at the United States for withholding $7 billion of Afghan assets and bombing the country for 20 years.

He then added that among Afghan friends he is often told that China is the only major power not to have hurt Afghanistan. “We wish to continue the traditional friendship between the two peoples, develop relations with Afghanistan on the basis of the Five Principles of Peaceful Coexistence, help Afghanistan achieve true independence and development, and help Afghanistan master its future in its own hands.”

An Afghan government spokesman said on Twitter that economic, security and social co-operation were discussed including export of dried fruits, issuance of visas, mining of the vast mineral wealth of Afghanistan and most importantly the role of the theocratic state in the Chinese Belt Road Initiative.

On Friday, Wang was in New Delhi for talks with his Indian counterpart Indian External Affairs Minister Subrahmanyam Jaishankar for talks on Ukraine, the border issue between the two countries and other matter of mutual concern.

“China and India, two major developing countries and emerging economies, should stick to their own development paths and join hands to safeguard peace and stability in the region and the world.” Wang said noting that China and India, which are neighbouring ancient civilisations with a combined population of 2.8 billion people, are the two nucleus forces promoting a multipolar world, economic globalisation, diversified civilisation and greater democracy in international relations.