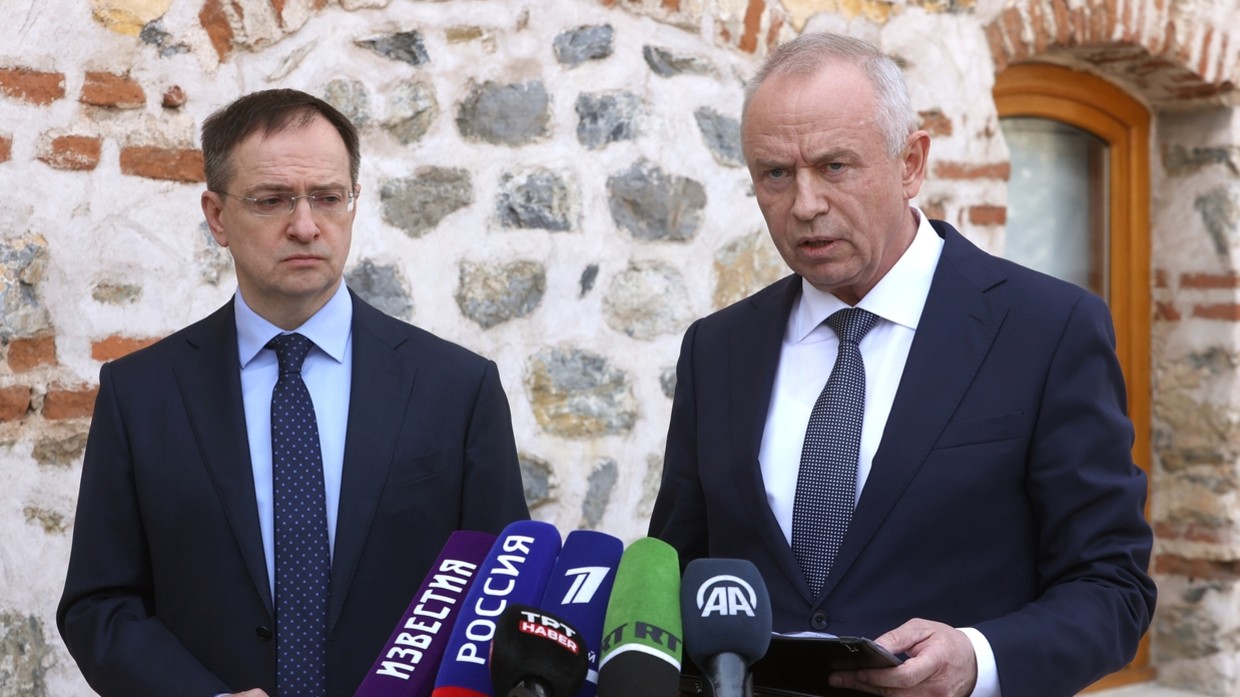 Vladimir Medinsky the Kremlin top negotiator said Russia was ready to meet halfway with Ukraine, allowing Presidents Vladimir Putin and Volodymyr Zelensky to sign the peace treaty pre-approved by both nations’ foreign ministers. Medinsky made this known to journalists at a press conference after the third round of peace talks between Russia and Ukraine in Istanbul hosted by the Turkish President Recep Tayyip Erdoğan.

During the Istanbul talks the Ukrainians in their written proposals agreed to all the Russian demands which includes ceasing military action, neutrality, acknowledgement of Crimea as Russian territory and recognition of the republics of Donetsk and Lugansk as independent territories.

As a sign of Russian good faith, Russia has halted offensives near the capital Kiev and the surrounding region. The Russian deputy defence minister Alexander Fomin speaking at the press conference at the Dolmabahce Palace, in Istanbul said. “A decision was made to drastically, in several times, reduce the military activity on the approaches to Kiev and Chernigov.”

“We expect that relevant key decisions will be taken in Kiev and the conditions for further normal work will be created,” he said.

Fomin also called on Ukraine “to fully abide by the Geneva Conventions, including with regard to the humane treatment of prisoners of war.”

This is not a ceasefire, this is our desire to gradually come to a de-escalation of the conflict, at least in these areas, …. and we understand that there are people in Kiev who need to make decisions,” he said.

“We don’t want to put this city at additional risk,” Medinsky stressed.

In a related development due to the positive signs that a peace treaty will be signed Russian defense minister Sergei Shoigu said Russian forces will be focusing on Donbas, which includes the republics of Lugansk and Donetsk. Noting that the “first phase of the special military operation” was completed. 95% of Ukrainian military capacity has been degraded.

On the other hand David Arakhamia, the top Ukrainian negotiator, said Kiev seeks a security guarantee from a number of nations that would work in place of NATO.

He named the UK, China, the US, Turkey, France, Canada, Italy, Poland and Israel as possible guarantors, and claimed some of them have given their preliminary agreement to serve in that capacity.

Next post Trump Calls For More Dirt on Biden