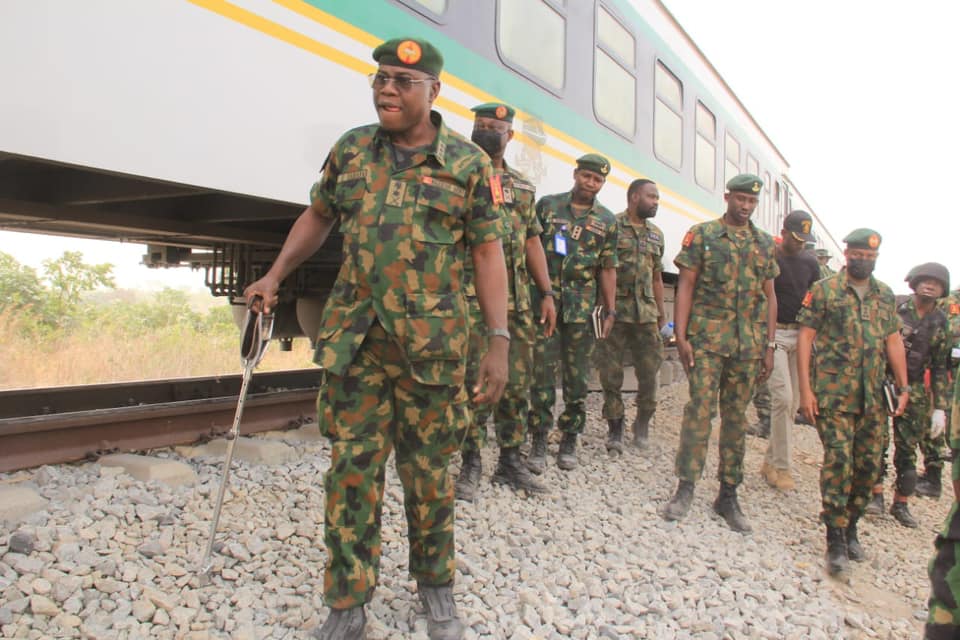 Over a 1000 passengers were stranded on the Kaduna-Abuja rail line when bandits blew up the track and killed over eight passengers Monday night. Nigerian security forces have began search and rescue operations for the kidnapped victims of the attack.

Governor of Kaduna State Nasir El Rufai said the state government is treating it as a “terrorist incident.”

Fidet Okhiria, chief executive of the state-owned Nigerian Railway Corporation said in a statement that the attackers used explosives to first blow up the rail track before opening fire on the train near Abuja in north central Nigeria.

According to an eyewitness, Abdulwadud Ahmad, a survivor, said. “Nine passengers killed including someone sitting close to him.”

“Many people were kidnapped by the bandits,” he said. “There were casualties but we have not been able to confirm the number.”

“They bombed the track and started exchanging fire with the security inside the train,” he told the AP. “They subdued the security, then came into the train … and kidnapped a lot of people. They killed some people intentionally while some (were killed) with stray bullets.”

Soldiers from 1 Division and police units from Kaduna and Abuja rushed to the scene and repelled the attackers. As at time of filing this report several of the kidnapped have been rescued.

“Passengers who sustained injuries and other fatalities have been moved to hospitals,” Samuel Aruwan, Commissioner for Kaduna State Ministry of Internal Security and Home Affairs said.

He also added that passengers were rescued from “different hard-to-reach areas in forests and rocky locations,” amid eyewitness accounts that some passengers escaped in the middle of the gunfire.

Survivors were evacuated to 44 Military Hospital and St Gerard Hospital in Kaduna for medical care. The Vice President Yemi Osinbajo and the Kaduna State Governor Nasir El Rufai have visited with promises to bring the terrorists to justice and compensation for the victims.

The Nigerian Army Chief of Staff Lieutenant General Faruk Yahaya accompanied by the General Officer Commanding 1 Division in whose area of responsibility the attack took place visited the scene of the attack. He ordered the troops of the NA and other security agencies to intensify their search and rescue operations to ensure that the kidnapped victims are rescued unconditionally.

Earlier today in a meeting in Aso Rock Presidential Villa Abuja President Muhammadu Buhari instructed the service chiefs and relevant heads to implement without haste to reopen the Kaduna-Abuja line, the integrated security and surveillance solution for the Kaduna-Abuja line and the Lagos-Ibadan line. He also ordered the security forces to spare no one wielding an AK 47 and intensify their efforts in bringing the terrorists to justice.

The Kaduna-Abuja rail is a popular route for many in Nigeria’s capital and in the neighbouring Kaduna state as travellers continue to stay away from the Kaduna-Abuja highway as it is a hotspot for banditry.

No group has claim responsibility for the attack.