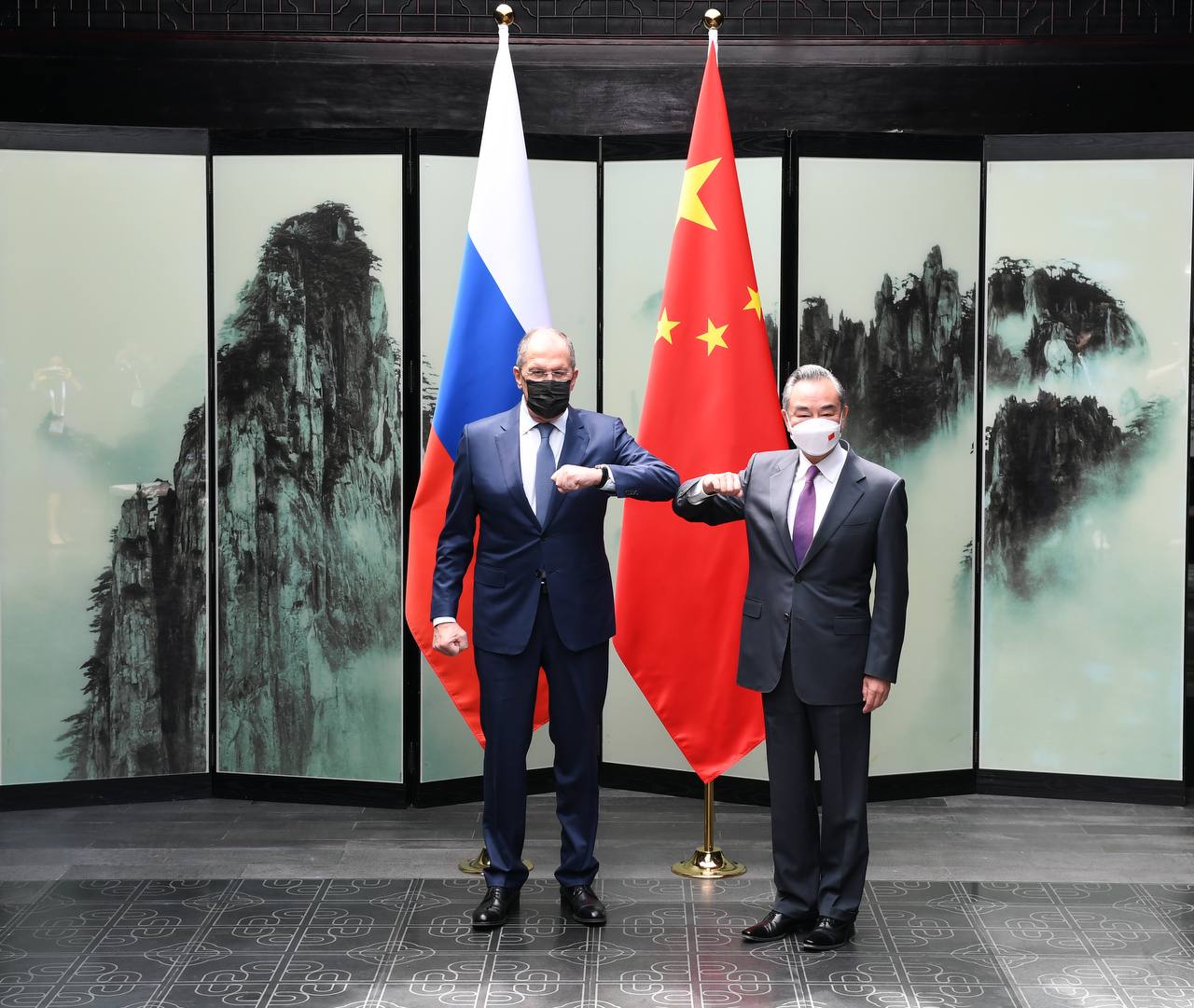 Russian Foreign Minister Sergei Lavrov on his first visit to China since the start of the special military operation in Ukraine said on Wednesday that Russia and other partner nations were moving in the direction of a multi-polar, equitable and democratic world order.

“We are living through a serious stage in the history of international relations. I am convinced that the outcome of this stage will substantially clarify the international situation. We will move towards a multipolar, equitable and democratic world order with you and other like-minded nations.” He said.

The Russian foreign minister was in China for the third ministerial conference of Afghanistan neighbouring states which begins March 31. In opening remarks in the meeting with his Chinese counterpart Foreign Minister Wang Yi and the Pakistani Foreign Minister Shah Mahmood Qureshi in the Tunxi city of eastern China’s Anhui province, Lavrov said. “We are interested in ensuring the sustainable and consistent development of our relations with the People’s Republic of China, as agreed by President of the Russian Federation Vladimir Putin and President of the People’s Republic of China Xi Jinping.”

“Today, we will review specific steps to ensure that all these agreements are implemented.”

China then warned against bringing the cold war to the Asia Pacific region. Wang Yi said after the meeting. “We can’t allow the Cold War mentality to return to the Asian region. It’s impossible to allow a repeat of camp confrontation in Asia.”

“We mustn’t allow turning medium and small states in the region into an instrument or even a victim of the games of big powers,” he said. “The Chinese side intends to move in the same direction along with Pakistan and neighboring countries, play a constructive role in ensuring regional and global peace and make its contribution to Asia.”

Other foreign ministers meeting on Afghanistan are from Iran, Tajikistan, Turkmenistan and Uzbekistan. Special envoys from Russia, China and the USA will meet separately.

Next post Kiev Planned Bio-Attacks on Donbass and Russia