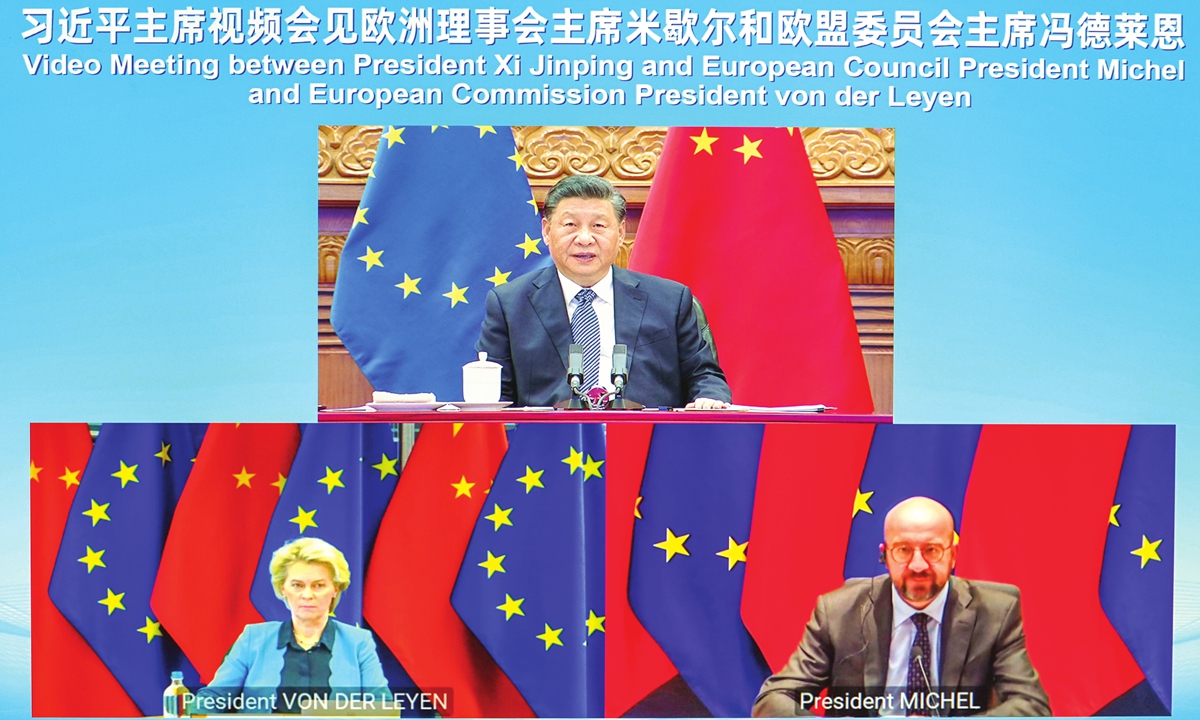 Offers EU a vision of a new global order of peace, progress and stability.

During the virtual meeting, the Chinese President offered four suggestions in settling the Ukrainian crisis. First he said, by promoting peace talks, China supports the EU’s efforts towards a political settlement, as peace talks are the only way to prevent an escalation.

“The international community should keep creating favourable conditions and environment for the negotiations between Russia and Ukraine and make room for political settlement, rather than add fuel to the fire and heighten tensions.” Xi said apparently chastising the United States and the United Kingdom for adding fuel to the fire by providing more weapon systems.

Secondly, he said that China has put forward a six point initiative for humanitarian aid for Ukraine and it has sent aid to European countries accepting refugees. Thirdly the Chinese leader said lasting peace in Europe and Eurasia should be the goal of the two powers. The root cause of the Ukrainian crisis lies in the failure of Europe to come up with a mechanism that will guarantee security for all Europe.

“In this day and age, global and regional security frameworks should no longer be built with a Cold War mentality. China supports Europe, especially the EU, in playing a primary role, and supports Europe, Russia, the U.S. and NATO in holding dialogue to face up to the tensions that have built up over the years and find solutions, so as to build a balanced, effective and sustainable security framework in Europe.” Xi said.

Fourthly, “The Ukraine crisis must be handled properly. One should not take the wrong medicine, or focus on just one aspect of the issue without regard to the rest, or hold the entire world hostage, still less make ordinary people around the world suffer as a result.” Xi added and without shaming the Americans the cheerleaders for sanctions. The Chinese leader warned about politicising and weaponising the world economy to suit one’s own agenda.

“Such attempts will trigger serious crises in global finance, trade, energy, technology, food, industrial and supply chains, among others.” The Chinese leader said obviously upset with the White House. But for now it is imperative that the EU and China co-operate to keep the world economy stable and bolster public confidence.

He also stressed the fact that China and the EU should act as two great civilisations promoting human progress, and meet global challenges through solidarity and collaboration. The European Union leaders in their response re-affirmed commitment to the One China policy regarding Taiwan and expressed readiness to deepen relationship so as to confront together global challenges like Covid 19, climate change, protection of bio-diversity, world peace, economic growth and common prosperity.