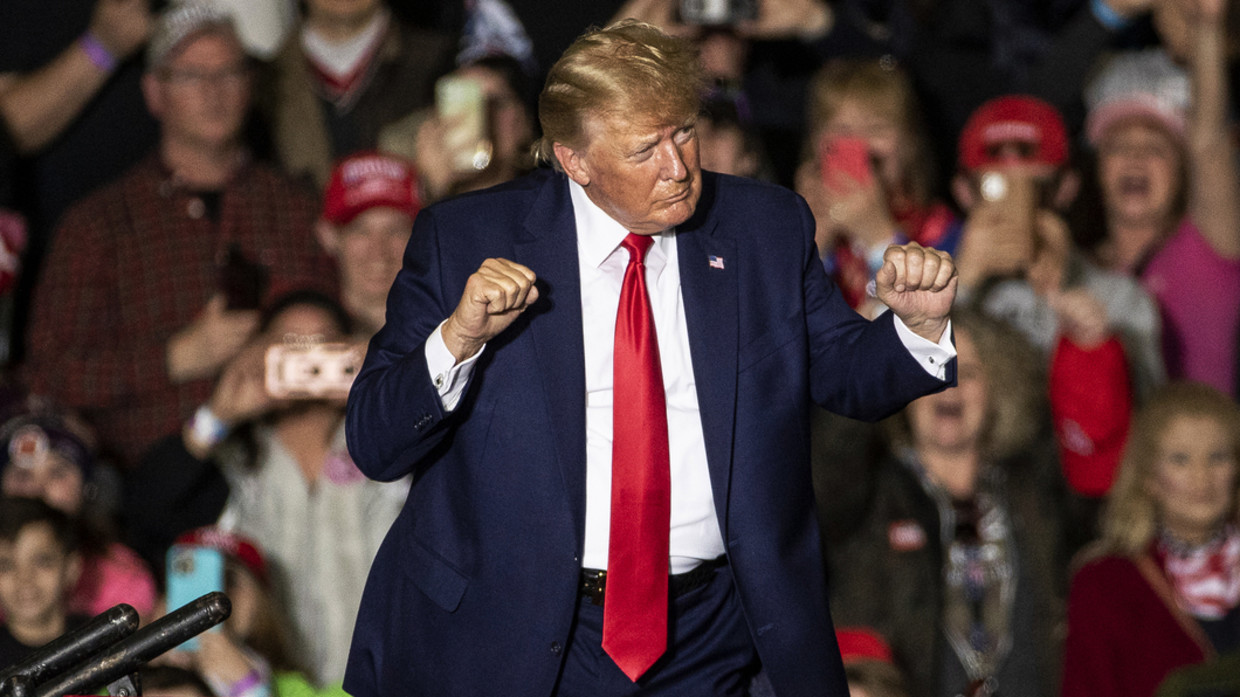 At a Washington Township rally in Michigan Sunday, former President Donald Trump said the biggest existential threat to the United States is not Russia, China or any other foreign state but the “radical left” politicians and their enablers in Washington.

“Russian sanctions have left the US on the edge of economic catastrophe. The United States is teetering on the edge of an economic nightmare known as stagflation… that’s simultaneous inflation and recession,” Trump said.

“Everything the radical left touches turns into a catastrophic mess,” Trump insisted, accusing Biden and the Democrats of bowing to environmental and climate activists with the resultant effect of the middle class crushed by high fuel and food prices.

He then blamed the Biden Administration for their inept handling of the Ukraine crisis, the spike in US domestic crime and the influx of illegal aliens at the southern border.

Charging his supporters to vote Republican in the November mid-terms. He declared. “We are going to retake Congress.”