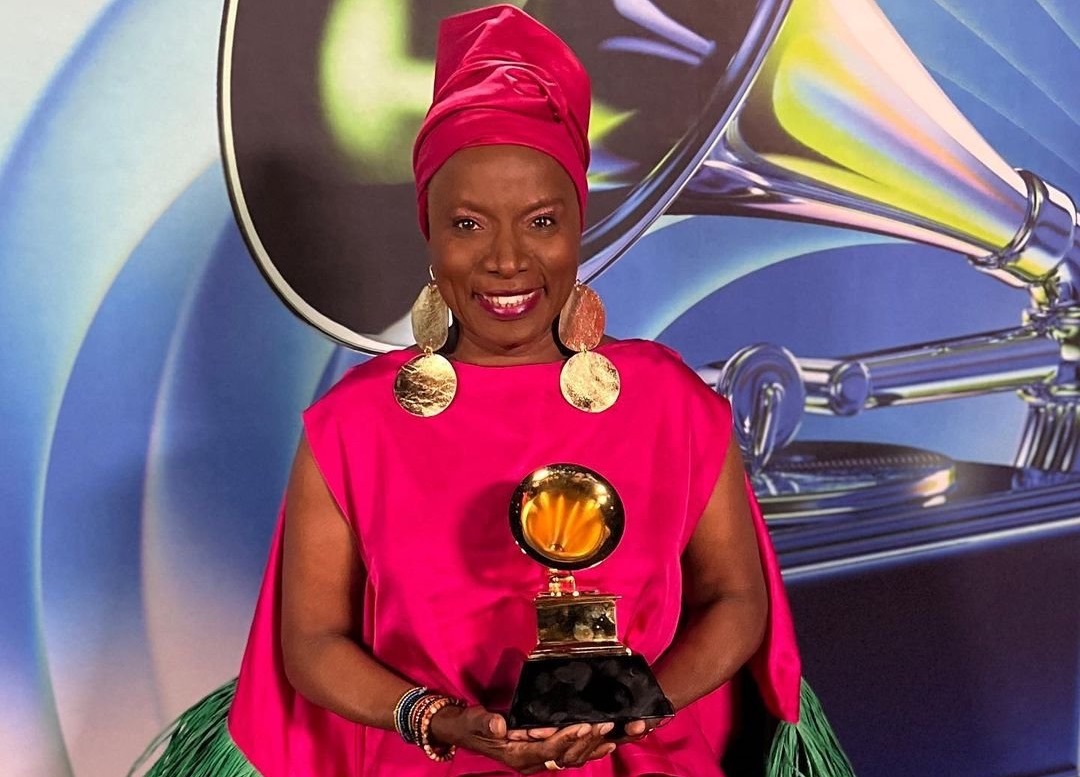 The Republic of Benin’s iconic singer and songwriter Angelique Kidjo won her fifth GRAMMY award in the 2022 Best Global Music Album category for her 2021 album “Mother Nature” in a glittering ceremony in Las Vegas.

In her acceptance speech, the musical diva recognised those who collaborated on Africa’s best album for 2022. She shouted out singer Yemi Alade, Afrobeat star Burna Boy who won last year, Mr Eazi and Shungudzo, whom she all promised as they worked. “We are going to take the world by storm.”

She won, keeping her promise. In her closing remarks at the ceremony She made a bold statement like the pink ensemble she wore. “When we needed you…you listened.” Thanking the fans. “We are all Africans.” Which drew applauses and a standing ovation.

A truly Pan-African album, she gathered musicians from Zimbabwe, Nigeria, Mali and the United States. The studio product was a spirited, colourful album that pays homage to Afrobeats, Voodoo spirituality and the role of griots African story tellers.

Winning the coveted award is like gaining an Infinity stone, not winning again was out of tune to the ears of Afrobeat ambassador and King Femi Anikulapo Kuti. Who despite having a strong musical background is yet to win a GRAMMY despite numerous nominations which is due to the fact according to critics the influence of his late father the Afrobeat pioneer Fela Anikulapo Kuti.

As of the time of filing this report social media is agog with congratulations to Yemi Alade and Mr Eazi who both now join the ranks of Nigerians who have either won or collaborated on GRAMMY albums. Burna Boy, Wizkid, Sikiru Adepoju, Babatunde Olatunji and Lekan Babalola.