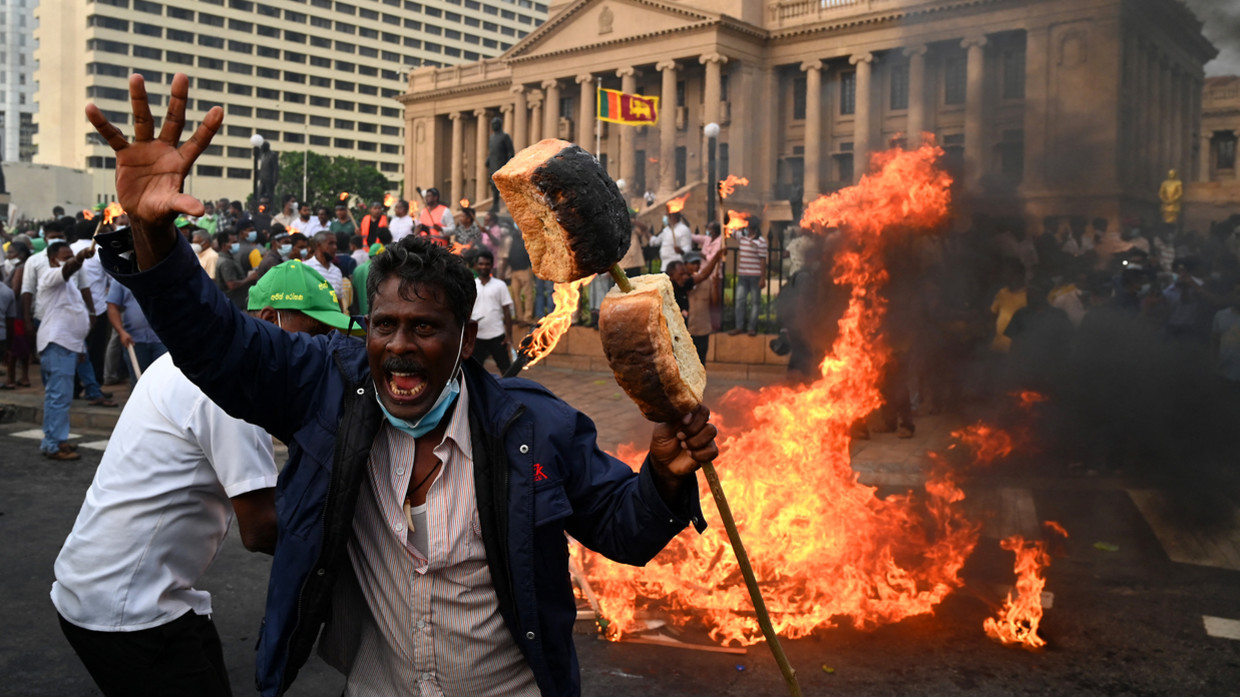 The worst economic crisis to hit SrI Lanka in decades has forced the resignation of the central bank governor Ajith Nivard Cabraal and forced President Gotabaya Rajapaksa to sack his brother, Basil Rajapaksa, as finance minister on Monday in a move designed to quell massive street protests in the island nation. The Rajapaksa’s political clan has been accused of nepotism and poor handling of the nation’s economy.

The Covid pandemic worsened the economic situation for Sri Lankans. Loss revenue from tourism, high government spending and tax cuts emptied the state treasury. Risking a debt default it owes China a lot of money and the government to pay off foreign bonds, printed a lot of rupees which pushed the price of essential commodities as a result of inflation.

On Monday, the Sri Lankan stock exchange was forced to close early after dropping six points.

The Sri Lankan President has called for a government of national unity. “The president invites all political parties in parliament to accept cabinet posts and join the effort to seek solutions to the national crisis. Considering this a national need, the time has come to work together for the sake of all the citizens and future generations,” the presidential office said in a statement.

On Friday, due to protests the government imposed a social media and internet blackout then imposed a 36 hour curfew in a bid to quell the protests.

Russian Central Bank now hiding users of its SWIFT alternative The Central Bank of Russia (CBR) announced Tuesday that it...

China and Saudi Arabia in talks Xi to visit Riyadh after Ramadan The biggest shakeup in the "petro-dollar" oil market...

President Biden releases 60 million barrels from Petroleum Strategic Reserve The United States and 30 other member nations of the...