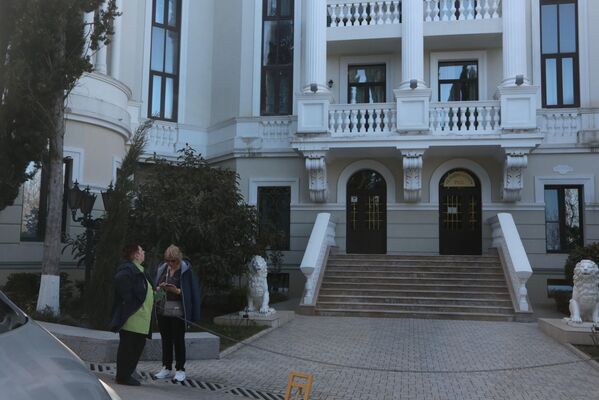 Crimean authorities on Monday seized a luxury apartment building belong to the Ukrainian President Volodymyr Zelensky in Livadia, Yalta region in retaliation for ‘forcible seizure” of Russian assets in Ukraine.

According to reports, the $2 million dollar apartment is located in a plush residential complex known as the “Emperor” boasts of a rooftop bar and swimming pool with a scenic view of the Black Sea.

With a price tag of almost $2 million, it was bought by the Ukrainian first lady Elena Zelensky in 2013 before the union of Crimea with Russia in 2014.

The apartment was brought up during the 2019 Ukrainian elections as Zelensky was reported to have bought the apartment below market prices from Ukrainian oligarch Oleksandr Buryak, according to official income and property records. Zelensky at that time was a comedian and TV star and ran on a presidential campaign platform distancing himself from the corrupt wealthy elite that dominates Ukrainian business and politics.

According to Crimean authorities, proceeds from the sale of the apartment will either be distributed to refugees or “directed to the restoration of the Donbass.”