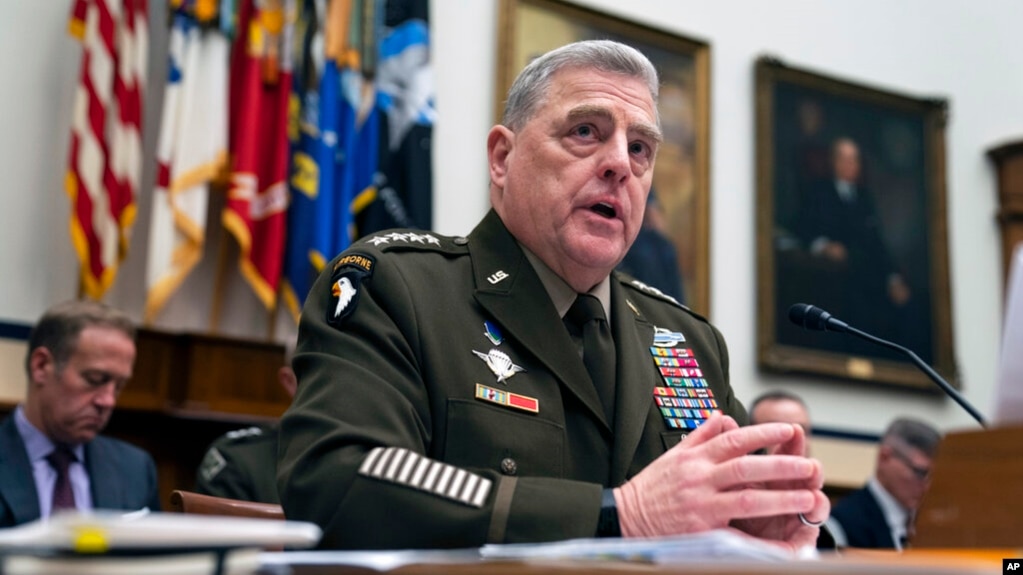 Money requested by the Pentagon to challenge Russia and China

Russia and China are a growing threat to US global hegemony the Chairman of of the US Joint Chiefs of Staff General Mark Milley told Congress Tuesday testifying why the Pentagon needed a record breaking $773 billion dollars.

Together with the Defence Secretary Lloyd Austin they pitched to Congress that the world is growing more unstable and it is inevitable that that there will be a clash against Russia and China as they seek to undermine the US created global order.

“We are now facing two global powers: China and Russia, each with significant military capabilities, both who intend to fundamentally change the rules-based current global order. We are entering a world that is becoming more unstable and the potential for significant international conflict is increasing, not decreasing.” Milley said.

They both justified the billions of dollars already allocated to space and cyber security as proof that the United States was ready to defend itself and confront its enemies while acknowledging that the US has no defence against Chinese and Russian hypersonic weapons. Milley assured lawmakers that a billion dollar “glide phase interceptor” was being developed to intercept hypersonic missiles.

He also said. “Russian invasion of Ukraine was the greatest threat to peace and security of Europe and perhaps the world in my 42 years serving in the US military. However, it was heartening  to see the world rally around Ukraine.”

On the Russian invasion of Ukraine, General Milley warned that the United States could not have prevented the attack and advised against risking armed conflict with Russia. “With respect to the Russian invasion of Ukraine, it’s been a longstanding objective of Putin. And to speak candidly, short of the commitment of US forces into Ukraine proper, I’m not sure that he was deterrable. [This] would have required the use of US military forces and would have risked armed conflict with Russia, which I wouldn’t advise.”

He also pushed for more permanent US bases after telling congress. “At any given time, approximately 400,000 are standing watch in 155 countries conducting operations everyday to keep Americans safe.”

“I believe a lot of our European allies, especially those such as in the Baltics or Poland or Romania or elsewhere, they are very, very willing to establish permanent bases.”

Defence Secretary Lloyds Austin on the other hand when quizzed by the lawmakers about a Chinese attack on Taiwan if there was a “decrease or increase” of American forces on the disputed island. He did not answer instead he said the Ukrainian question was is different from the questions surrounding Taiwan.