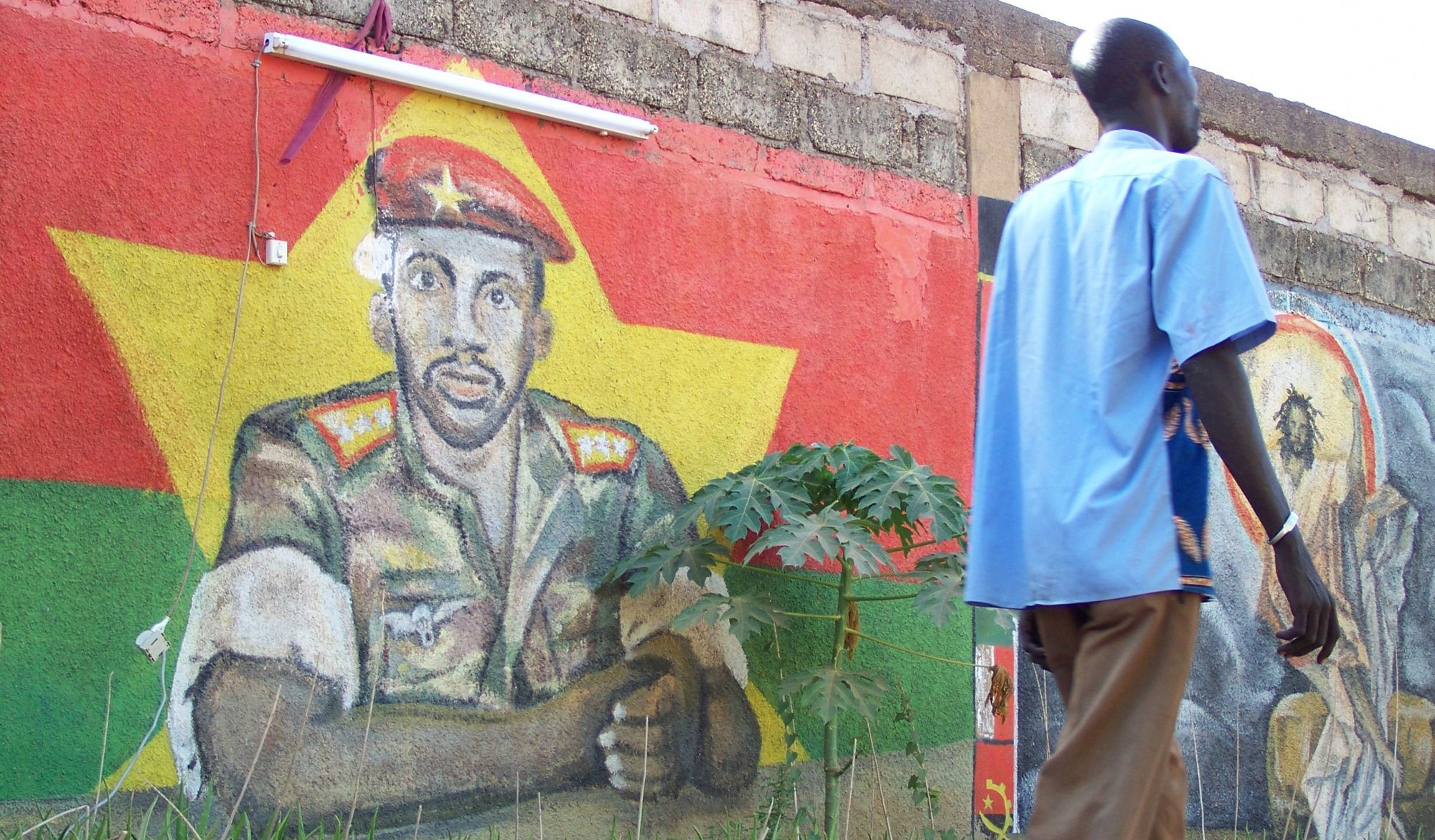 Sankara’s family to request for his extradition

Disgraced former President of Burkina Faso Blaise Compaore has been handed a life sentence in absentia by a special military tribunal in Ouagadougou the Burkinabe capital on Wednesday for his role in the murder of the late iconic Captain Thomas Sankara.

Compaore who has been in exile in Ivory Coast since 2014 after he was forced out of office after mass protests was absent in court. Together with his erstwhile army chief  Hyacinthe Kafando were found guilty of conspiracy to murder their brother in arms Thomas Sankara on October 15 1987 and were awarded life sentences. Kafando was also absent in court.

General Gilbert Diendéré, former army commander during the 1987 coup was present and was given a life sentence. Eight other accused were given jail terms ranging from three to 20 years, while three were found innocent.

After 34 years and a six month trial, there were cheers in the court room as the verdict was read. A legal fight that was followed religiously by Africans all over the world who idolised the late Thomas Sankara who had renamed the country Burkina Faso which means Land of the Upright People in the local language after his 1983 coup.

During the six month trial revelations about why October 15 1987 happened was detailed in court and it had the hallmarks of an “international conspiracy” according to witness testimonies. Sankara was removed from office because he was challenging the world order and France the former colonial power.

“The tragedy of October 15, 1987 was a result of pressure exerted by a number of heads of state, including Félix Houphouët Boigny,” Abdoul Salam Kaboré, a sports minister under Sankara said referring to the late Ivorian leader and stanch French ally.

Sankara’s former close aide Moussa Diallo said. “There was no doubt the assassination was premeditated and Houphouët Boigny was at the heart of the plot.”

Serge Théophile Balima, a former head of Burkina Faso’s state TV also testified. “The longtime Ivorian leader once told Sankara, “You have to change, and if you don’t, we will change you.”

The prosecution in its closing arguments presented how the late Sankara was killed in grisly details. After his guards were killed, a hit squad led by Hyacinthe Kafando burst into the council room where the late Sankara was having a meeting. The squad ordered president Sankara and his colleagues to leave the room,” the prosecution said. “They would then be killed one by one.”

The autopsy report which was produced after Sankara was exhumed in 2014 confirmed, he was shot seven times by tracer rounds in the chest with one shot in the back ballistics experts testified.

The defendants on their part testified that there was a fallout between Compaore and Sankara over the direction of the Popular Revolution.

The lawyer representing the Sankara family Prosper Farama said. “None of the accused confessed or repented – not a single one! The family wanted “justice, not revenge.”

Getting Blaise Compoaore extradited will be difficult as he is a main backer of Ivorian President President Alassane Ouattara and another hurdle to the extradition request is that Compaore had acquired Ivorian citizenship in 2016. Under Ivorian law citizens cannot be extradited.

“If we want justice to be done and for this justice to have a meaning, the state must use all means, while respecting the rights of those who have been sentenced, to implement this decision,” Farama stressed while addressing the press. Noting the technicalities involved he added that Compaore was not born with Ivorian citizenship but naturalised. Moreover his henchman Kafando was neither Ivorian by birth or naturalisation. “If afterwards they are eligible for an amnesty or a pardon, let that be done in line with professional standards,” he added.

The special military tribunal also renewed the arrest warrant for Compaore and Kafando.

Bruno Jaffré, who has written numerous books on the revolutionary icon on the role of France in the matter said. “Regarding France, the problem is accessing classified archives, President Emmanuel Macron promised to declassify all relevant documents and hand them over to Burkina Faso’s investigators, but only a small part has been made available.” The late Francois Mitterrand was President of France during Sankara’s time in power.