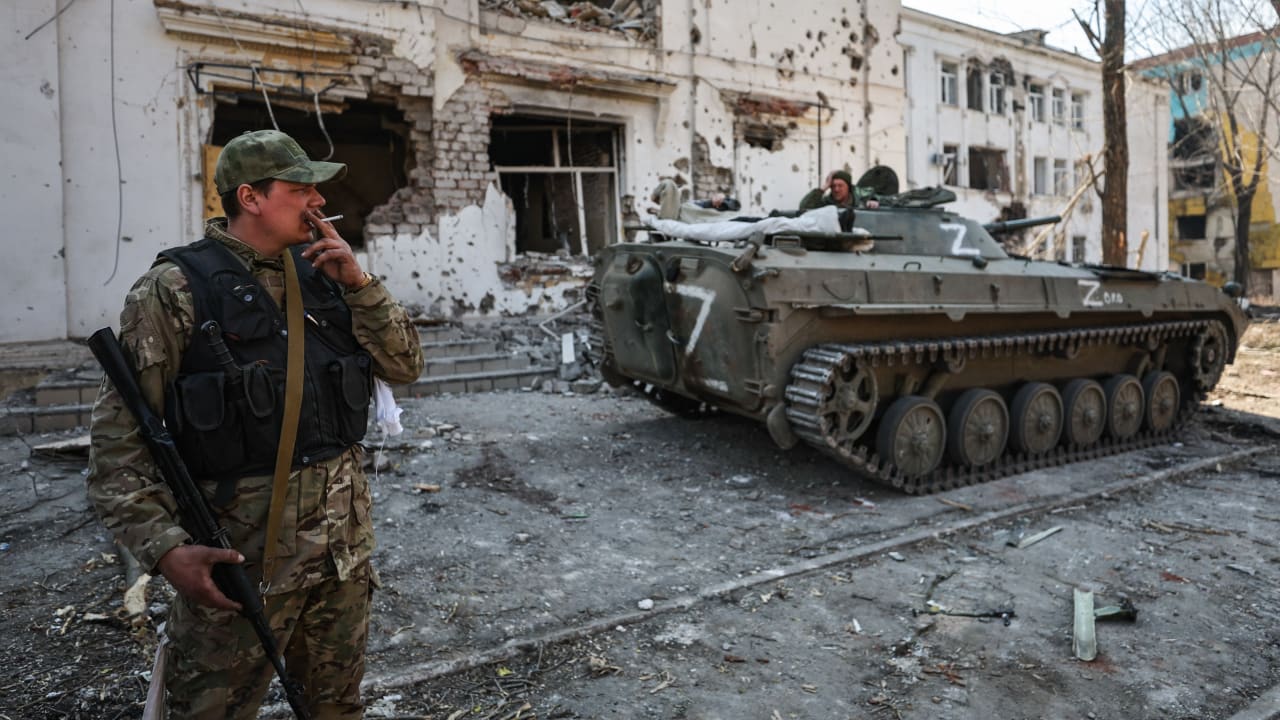 The Russian Ministry of Defence in a press briefing, Friday confirmed they have intercepted signal communications from the besieged Azovstal industrial complex in Mariupol where Ukrainian soldiers, the neo Nazi Azov battalion, foreign mercenaries and NATO advisers are trapped. According to the signal intercept six languages including English were heard.

“The results of radio intercepts show that in addition to Nazis from the Azov battalion and remnants of the Ukrainian Armed Forces, there is a significant number of foreign mercenaries in the occupied areas of the city. In addition to Ukrainian and Russian, radio communications are conducted in six other, mostly European, foreign languages.” Major-General Igor Konashenkov said in the briefing.

“It is clear that it is not the defenders of so-called “European values” who are now blockaded in the city, but foreign mercenaries. Arriving to kill Slavs for American dollars, using a “human shield” made up of civilians.” he added.

According to independent reporters on the ground the area is devoid of civilians and Russian artillery and airstrikes are hitting the complex.

In 2014, Mariupol named after the Russian Empress Maria Feodorovna became part of the Donetsk People’s Republic (DPR) when it proclaimed independence from Kiev. With a population of half a million people it was the second largest city after Donetsk the DPR capital. In June it was recaptured by Ukrainian forces and on February 24th 2022, President Putin sent in Russian forces on a denazification and demilitarisation campaign in Ukraine recapturing the city after weeks of heavy fighting with Ukrainian and NATO remnants hiding in Azovstal. According to DPR intelligence, the remnants number about 3,500.

The Russians and their DPR allies have vowed to liberate the entire city.

On the train station attack at Kramatorsk that killed 50 people and 3 children, The Russian military spokesman said.

“I would like to point out that the maximum range of Tochka-U missile is 120 km. The warhead weighs 482kg and contains 20 fragmentation warheads, each 7.5kg, forming around 16,000 fragments. An analysis of the engagement radius of the warhead, as well as the characteristic position of Tochka-U missile’s tail section, clearly confirm that it was launched from a south-western direction away from Kramatorsk.”

“According to intelligence reports, one of the divisions of the 19th Missile Brigade armed with Tochka-U missile systems at the time of the strike on Kramatorsk was located near Dobropol’e in Donetsk Region, 45 km south-west of Kramatorsk. This area is still under the full control of the Ukrainian military grouping troops in Donbass.” He added.