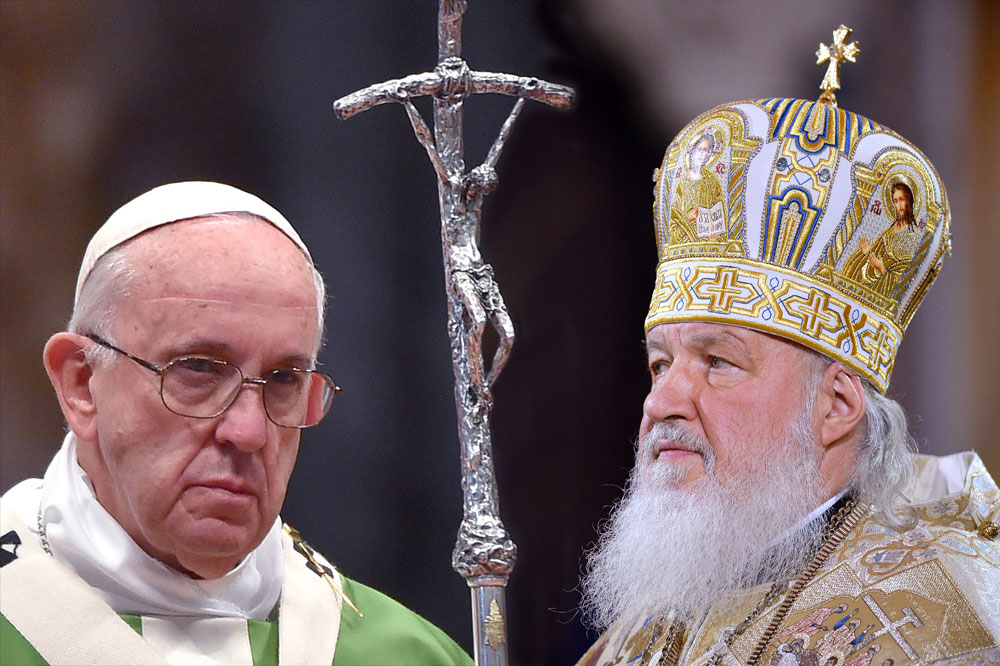 The Vatican Secretary of State Cardinal Pietro Parolin on Friday at the Vatican said the Pope was studying carefully a proposed trip to Kiev and a possible meeting with Patriarch Kirill head of the Russian Orthodox Church in Moscow.

It comes after the new Ukrainian ambassador to the Holy See met with Pope Francis on Thursday while presenting his credentials. Ambassador Andriy Yurash spoke after meeting Vatican officials. “We discussed many things on the agenda right now, first of all the possible visit of His Holiness to Ukraine, I gave more arguments as to why it has to be realised as quickly as possible and exactly in these circumstances.”

Parolin told reporters at the Vatican. “A trip is not prohibitive; it can be done. It’s a matter of seeing what consequences this trip would have and assessing whether it would really contribute to the end of the war.”

Observers are noting that any proposed papal trip might worsen the 1000 year schism when in 1054 the Catholic (Universal) Church split along theological, political and geographical lines. The Russian Orthodox Church has 150 million members while the Latin Church has 1.2 billion catholics.

A recent bill before the Ukrainian Parliament proposes seizure of Russian Orthodox Church property and funds that if passed would divide Ukraine along religious and cultural lines. Russian speaking Orthodox vs Latin Catholic and Greek Catholic with the majority being Orthodox.

Kirill has defended Russia’s actions and sees the war as a clash between Holy Mother Russia and Western culture which he considers decadent, in particular in its acceptance of LGBTQ rights. As at last Sunday in a sermon at the Cathedral of the Armed Forces outside Moscow, the Patriarch of all Russia said there was no Ukraine only Holy Russia.

The Vatican foreign minister confirmed that relations with the Moscow Patriarchate was “delicate.” “Certainly, the Pope would not go to take a position either in favor of one side or the other, as he has consistently done in this situation that has been created. But, this aspect will also have to be taken into account in the overall consideration of the possibility of making the trip or not.”

He also confirmed that preparation were being made for Francis to visit Moscow.

“From what I understand, we are continuing this preparation,” he said, explaining that both sides are currently searching for “neutral ground.”

“This is the condition. But nothing has been decided,” said Cardinal Parolin. “Work is being done, especially by the Pontifical Council for Promoting Christian Unity, which is the competent Dicastery.”

He also explained that the Pope was searching for peace and willing to mediate a ceasefire that will be acceptable to both sides.