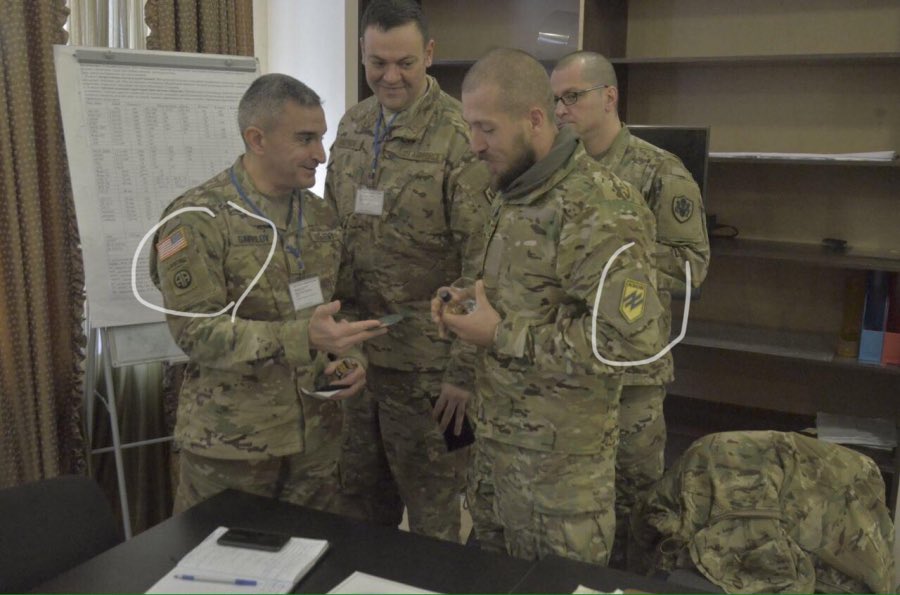 French journalist Régis le Sommier in a viral video trending on social media told C News a French TV network in an exclusive interview broadcast Saturday that the “Americans were running the show in Ukraine.”

Having spent eight days in Ukraine he explains how he came across the Americans. He had answered the Ukrainian President Volodymyr Zelensky appeal for an international brigade where everybody was welcomed to join the Ukrainian army to fight as the Russian special military operation began.

Accompanying other three French volunteers one of whom was a former soldier and the other two fought in Rojava against the Islamic State. He spent several days with them and on getting to the enlistment center they were shocked when they were told that to enter the Ukrainian army they will need to be approved by the Americans.

“We almost got arrested, we were confronted by an American who came to tell us “Here I am in charge. Not the Ukrainians, but me.” Sommier told C News. He confirmed that all the foreign volunteers were enrolled and trained by American instructors. While new American weapons like the Switchblade were being introduced in large numbers.

He confirms that that though it was not the official US Army but the CIA National Clandestine Service paramilitary operations.

“I had the impression, beyond the romantic aspect of this war..I thought I was with the international brigades.. and I found myself facing the Pentagon.” Sommier noted in the interview.