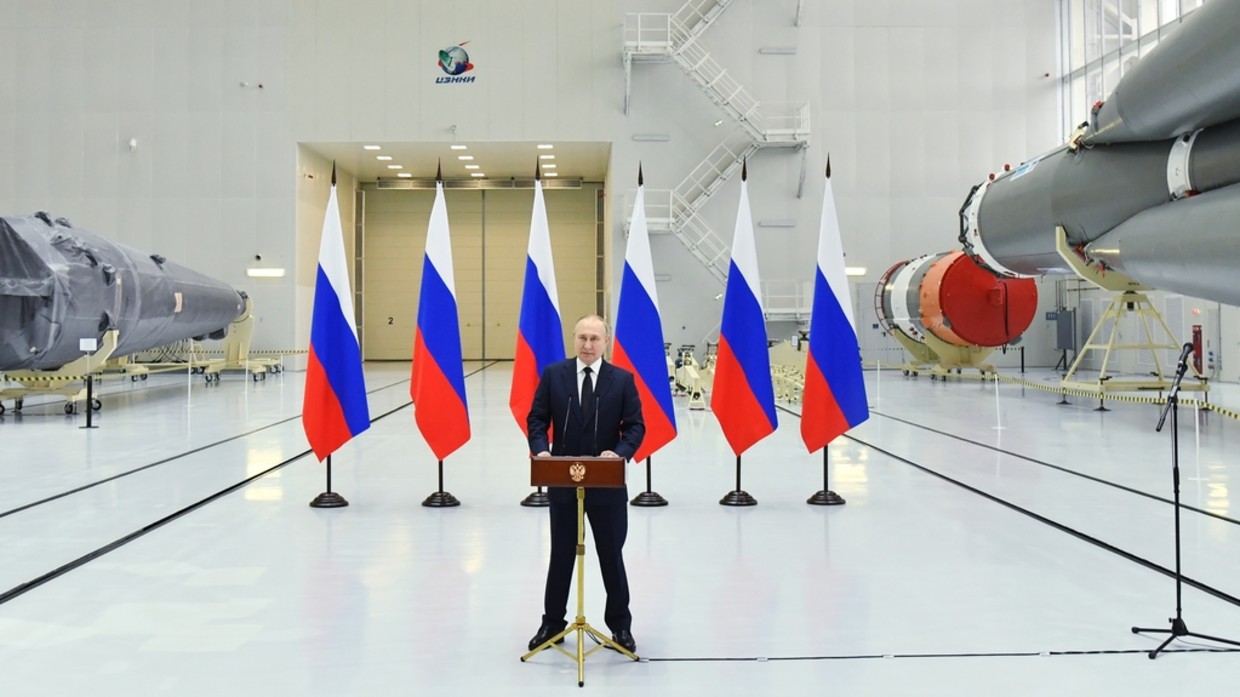 President Vladimir Putin of Russia has vowed that Russia will return to the Moon despite Western sanctions. He made the remarks while visiting the Vostochny Cosmodrome in the Russian far east Tuesday with his Belarusian counterpart, Alexander Lukashenko.

“We are not going to seal ourselves off. In today’s world, it is completely impossible to fully isolate anyone, and totally impossible [to isolate] such an enormous country like Russia. Therefore, we will work with those of our partners who want to cooperate,” he told employees of Roscosmos in an address marking Russia’s annual Cosmonaut Day, commemorating the first manned space flight made in 1961 by the Russian Soviet cosmonaut Yuri Gagarin.

This was not the first time Russia was under sanctions but still came up with firsts in space exploration. “Despite it all, the Soviet Union was the first to launch an artificial Earth satellite, the first cosmonaut was ours, the first flight of a space station to reach the Moon was also ours, the first spacewalk was ours, the first female cosmonaut, God bless her, Valentina Tereshkova, was also ours,” he pointed out and also said. “We did everything under conditions of complete technological isolation, and achieved such colossal success. Can you really assume that today’s Russia with advanced technologies won’t be able to cultivate our space program further until 2030?”

He then referred to the launch of the Luna-25 robotic lander, which is scheduled to take place at Vostochny on August 22, according to spacecraft developer NPO Lavochkin. The Luna-25 will carry a 30kg of scientific equipment and equipped with a drill and robotic arm. The spacecraft is tasked perfecting a soft landing on the lunar surface for future missions and studying the area near the Moon’s south pole.

The Luna-2 space probe became the first human-made object to make contact with another celestial body. When it touched down on the Moon on 13 September 1959.

“The generation of creators of the national rocket and space program left us not only a colossal technological foundation, but also the values ​that we look up to today,” Putin said.

He also reiterated that despite Western sanctions imposed since 2014, many spheres of the country’s sanctions-affected economy have come a long way, advancing by leaps and bounds. “Agriculture has turned into a high-technology production sphere. The volume of export has even surpassed the volume of arms sales, and significantly at that, by $10 billion,” he explained. Science and technology has made Russia not only a military power but an agricultural power as well.