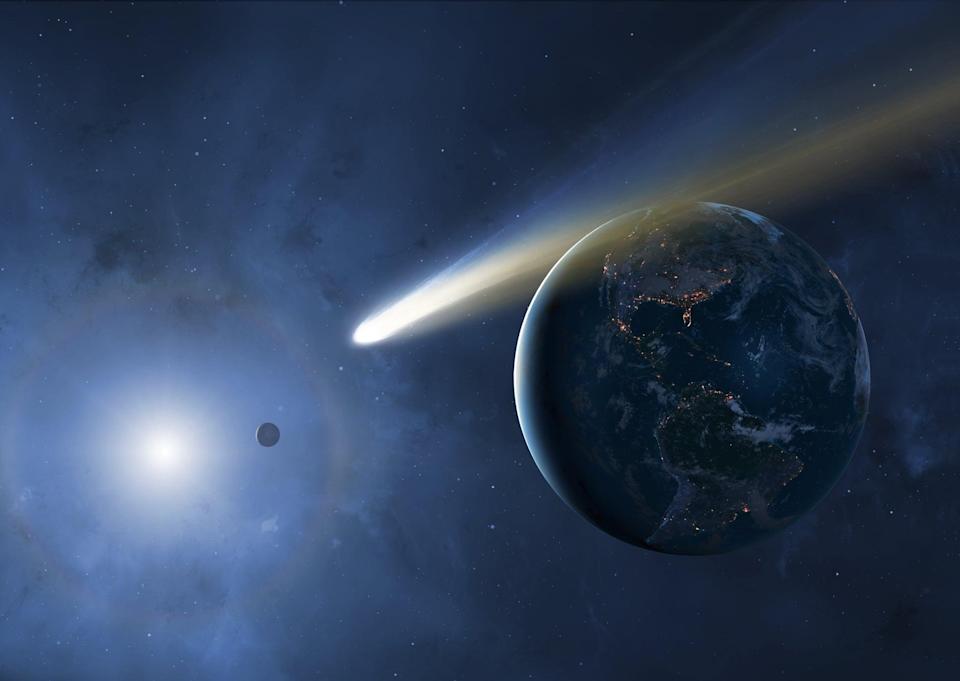 The comet – named Bernardinelli-Bernstein after the astronomers who discovered it, has been calculated by the US National Aeronautics and Space Administration (NASA) Hubble Space Telescope to be the biggest comet entering our solar system.

Man-To Hui of the Macau University of Science and Technology, Taipa, Macau and his team used Hubble to take five photos of the comet on January 8, 2022 – assessing the size of the nucleus using its brightness (by ‘subtracting’ the effect of the dusty coma surrounding it).

The comet’s nucleus is thought to be 80 miles across, almost as wide as the  state of Rhode Island and it weighs in at a colossal 500 trillion tons according to NASA data.

The vast comet has been falling towards our Sun for more than a million years – but NASA experts say there’s no risk it will go anywhere near Earth.

David Jewitt, a professor of planetary science and astronomy at the University of California, Los Angeles (UCLA) said, “This comet is literally the tip of the iceberg for many thousands of comets that are too faint to see in the more distant parts of the solar system.

“We’ve always suspected this comet had to be big because it is so bright at such a large distance. Now we confirm it is.”

NASA astronomers say there is no reason to panic saying it will never get closer than 1 billion miles away from the Sun, which is slightly farther than the distance of the planet Saturn.

It will reach its nearest point in the year 2031.

The giant comet called C/2014 UN271 was discovered by astronomers Pedro Bernardinelli and Gary Bernstein in archival images from the Dark Energy Survey at the Cerro Tololo Inter-American Observatory in Chile.