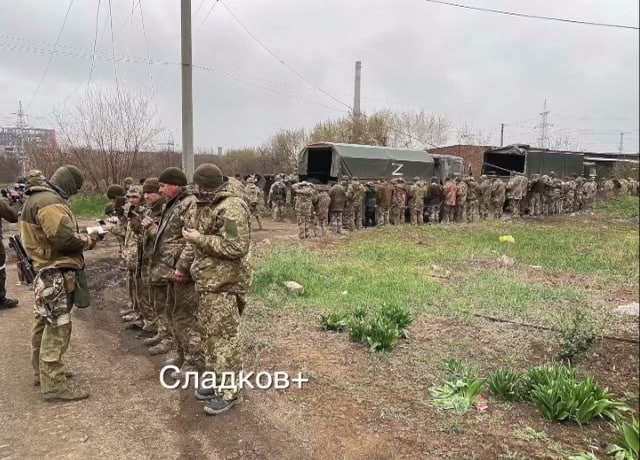 Remnants of Kiev regime lay down arms in Mariupol

The Russian Ministry of Defence in a press briefing on Wednesday confirmed that 1,026 Ukrainian marines belonging to the 36th Marine Brigade have voluntarily laid down their arms and surrendered to Russian forces in the “Illicha” Steelworks in Mariupol. On Tuesday, the remnants of Ukrainian troops surrounded on the territory of the “Illicha” plant tried an unsuccessful attempt to break out of the city at night.

“Air and artillery strikes foiled this breakthrough attempt. A result of the successful offensive by the Russians and the Donetsk Peoples Republic Militia.” Russian MoD said.

“Among them, the Ukrainian Armed Forces have surrendered 162 officers, as well as 47 servicewomen.” The Russian MoD spokeman Major General Igor Konashenkov said.

“151 wounded Ukrainian servicemen of the 36th Marine Brigade received primary medical care immediately on the spot, after that they were all taken to the Mariupol city hospital for further treatment.” He added.

Yesterday, Tuesday. Russian Aerospace Forces fighter bombers carried out 38 attack missions on Ukrainian ground targets the largest so far since the special military operation began. 1 ammunition depot in Toshkivka, Lugansk Region, as well as 8 areas of concentration of Ukrainian weapons and military equipment in Glazunovka, Pyatigorskoe and Prishib in Kharkov Region were destroyed.

According to the Russian MoD, since the special military operation began the demilitarisation of Ukraine is going according to General Staff plans. As at April 13, 130 aircraft and 103 helicopters, 244 anti-aircraft missile systems S-300, Buk-M1, Osa AKM, 447 unmanned aerial vehicles, 2,169 tanks and other armored combat vehicles, 243 multiple launch rocket systems, 931 field artillery and mortars, as well as 2,076 units of special military vehicles of the Armed Forces of Ukraine have been destroyed.