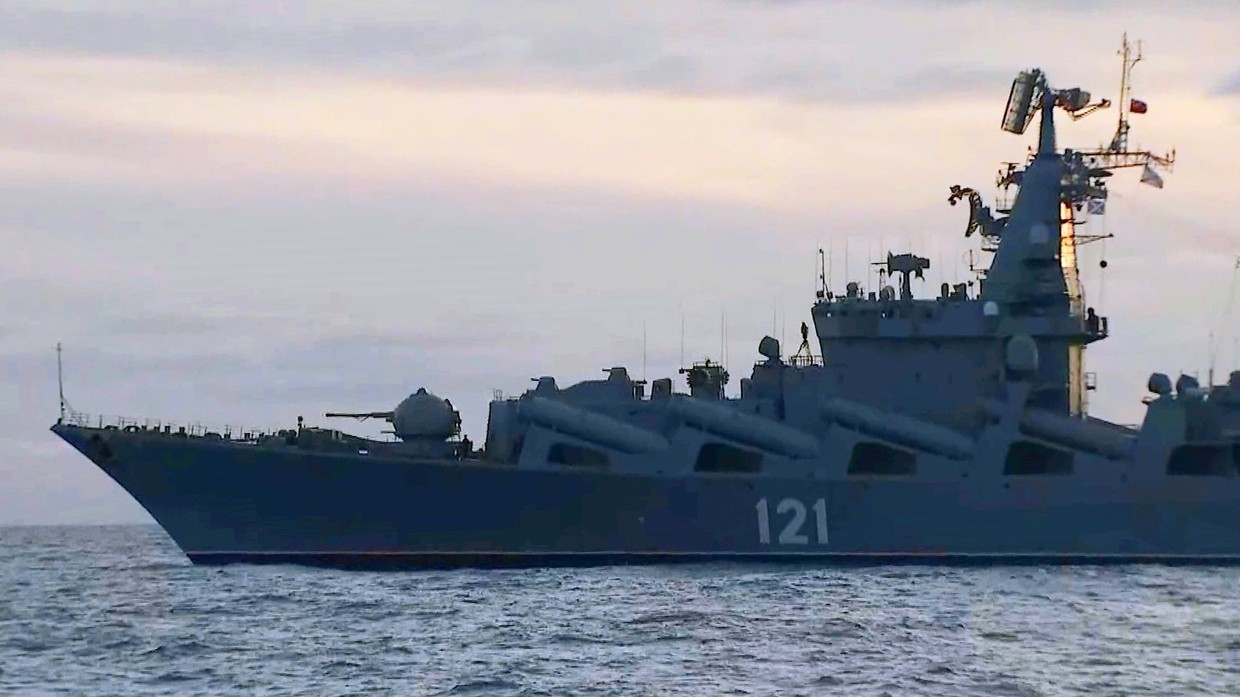 The Atlant class cruiser Moskva which was enforcing a naval blockade of Ukraine’s seaports in the Black Sea has been damaged by an onboard fire due to ammunition exploding on Wednesday according to a Russian MoD press statement.

The battle cruiser commissioned in 1979 as a aircraft carrier hunter killer carries with it a Ka 27 attack helicopter and armed with a complement of 16 anti-ship missiles, air defence missiles, torpedoes and cannons operated by a crew of 500. It is the flagship of the Russian Black Sea Fleet.

At the commencement of the special military operation in February it took part in the seizure of Snake Island where the now discredited “Russian ship go fuck yourself” incident took place. It was later revealed that the 82 Ukrainian servicemen surrendered peacefully and no such incident happened.

On Wednesday, two Ukrainian officials claimed that a mobile battery of Neptune anti ship cruise missiles hidden in Odessa had struck the Moskva setting it on fire. Maksim Marchenko, head of the military administration in Odessa, and Anton Gerashenkov, adviser to the Interior Ministry in Kiev made the claims in a now deleted post on Telegram which was accompanied by a a photo of an Iranian vessel that caught fire and sank in the Gulf of Oman last year.

According to Russian MoD sources the damaged cruiser is now being towed back to base for repairs with no reports of injuries.

If true that the Ukrainian built Neptune anti-ship missiles built on a Soviet design Kh-35 attack missile blew up the Moskva. It gives more impetus to the Kremlin argument that a militarily strong Ukraine was a threat to the Russian Federation due to Crimea that is why it is conducting a demilitarisation of Ukraine. Experts say.