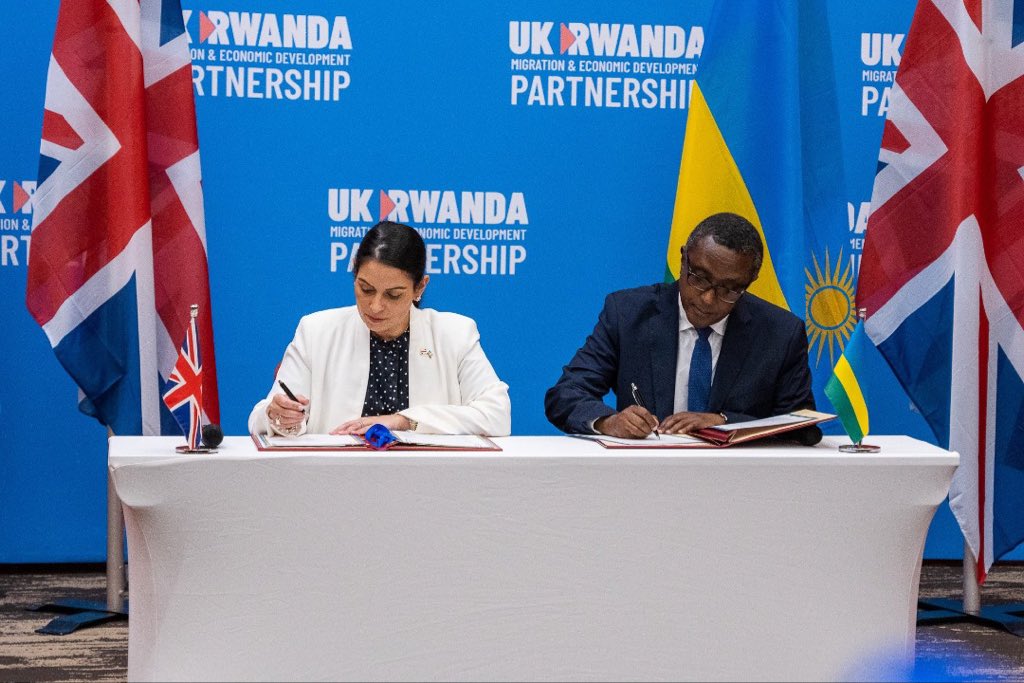 The United Kingdom government plan to send refugees and migrants to Rwanda in a deal announced Thursday. The pact was signed by the Home Secretary Priti Patel and the Rwandan Foreign Minister Vincent Biruta in Kigali the Rwandan capital.

Prime Minister Boris Johnson in a speech near Dover in southeastern England Thursday said. “From today… anyone entering the UK illegally as well as those who have arrived illegally since January 1 may now be relocated to Rwanda.”

“Rwanda will have the capacity to resettle tens of thousands of people in the years ahead,  it is one of the safest countries in the world, globally recognised for its record of welcoming and integrating migrants.” the British prime minister stated.

Johnson also announced that the Royal Navy will now be responsible for intercepting migrant boats in the Channel.

Boris who was elected on the promise that he will tackle illegal immigration has failed so far to stem the numbers from rising. In 2021 alone there were 28, 000 people arriving via migrant boats and half of them men aged between 18 and 39.

The pact will still required parliamentary approval before it becomes law. With a Conservative majority in Parliament many have concluded it is already a done deal.

The opposition Labour Party has already condemned the plan. Diane Abbott MP said in a tweet. “Shipping asylum seekers 5000 miles to Rwanda for “processing” is both cruel and bizarre. And at a cost of up to £100,000 per asylum seeker, it is a ridiculously expensive way to pander to racists.”

Jeremy Corbyn MP also tweeted. “The government’s cruel plans to segregate and send refugees to Rwanda must be scrapped now.”

According to the home secretary, Rwanda has good marks in all the global indexes, it has a growing economy and asylum seekers have full rights.

Many critics have called it another distraction especially after partygate and the police fines on the Prime Minister and the Chancellor of the Exchequer Rishi Sunak. Besides there is the council elections coming up May 5th.

Liz Truss becomes next British Prime Minister   Liz Truss the foreign secretary has been named leader of the governing...

Nord Steam 1 shut down continues due to Western sanctions Russia's state-controlled energy giant Gazprom blamed a technical fault for the...