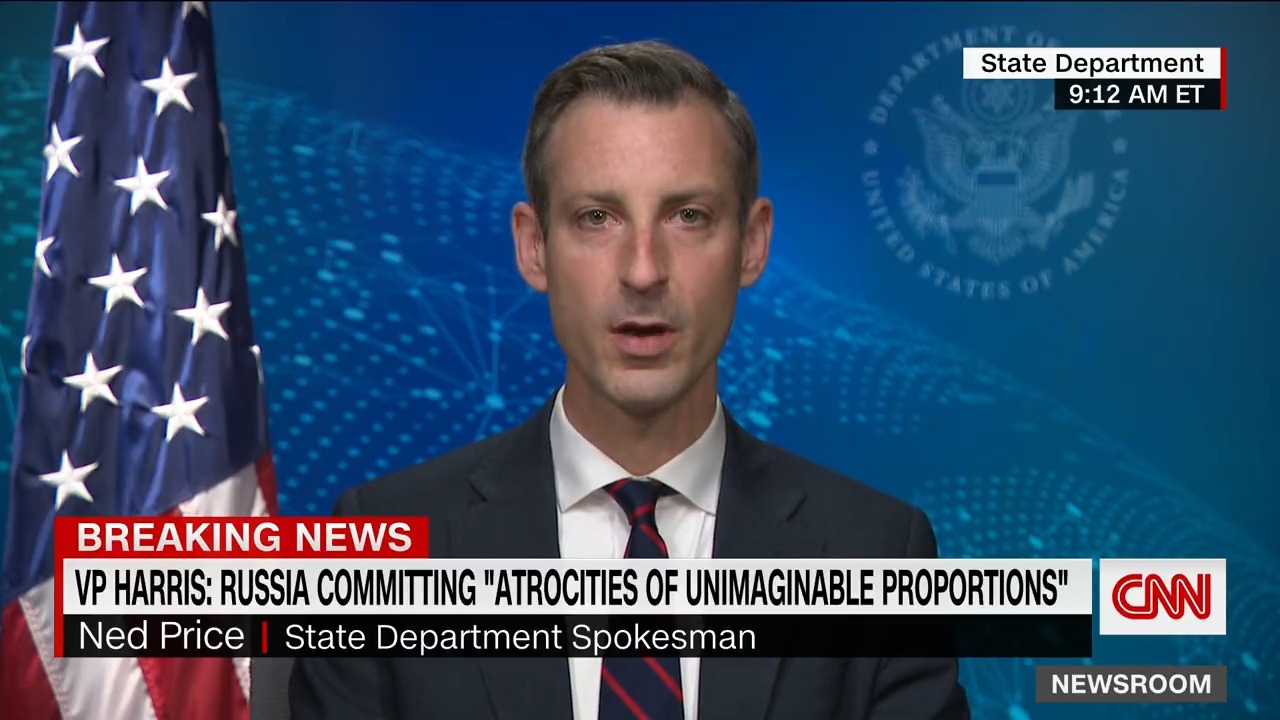 Despite Russia’s warnings to stop

Biden will not visit Kiev

Ned Price the US State Department spokesman confirmed on CNN Friday that US arms shipments to Ukraine will continue despite Russia’s private and public warnings not to do so. Earlier it was reported that Moscow sent Washington a diplomatic cable with the warnings.

“The Russians have said some things privately, they have said some things publicly; nothing will dissuade us from the strategy that we’ve embarked on,”Price told CNN’s Kate Bolduan. If the Kremlin is concerned that the Biden administration is “providing billions of dollars worth of security assistance to our Ukrainian partners … then we’re guilty as charged,” he added. Total US arms shipments to Ukraine since the start of the special military operation has exceeded over $3 billion.

Russia has issued warnings through its foreign ministry that NATO arm shipments in Ukraine will be destroyed and reports from Ukraine has seen the unintended consequences of arming paramilitary groups and gangs to resist the Russians. Reports of rapes, extrajudicial killings, looting and gang warfare are now common fare in Ukraine.

In the Russian diplomatic note as revealed by the Washington Post accuses the US and its NATO allies of violating “rigorous principles” governing the transfer of weapons to conflict zones and of being oblivious to the “threat of high-precision weapons falling into the hands of radical nationalists, extremists and bandit forces in Ukraine.”

“We call on the United States and its allies to stop the irresponsible militarisation of Ukraine, which implies unpredictable consequences for regional and international security.” The note allegedly said and neither the White House nor the Kremlin were willing to confirm the authenticity of the diplomatic note.

The White House has confirmed that the US president will not be going to Kiev. White House Press secretary Jen Psaki confirmed Friday a day after Biden confirmed he will go to Kiev when asked by a reporter.

Appearing on “POD Save America” Ms Psaki said Friday. “Actually entering Ukraine from Poland would involve an “eight-hour train through a war zone,” something that is “not in the plans for the president of the US.”