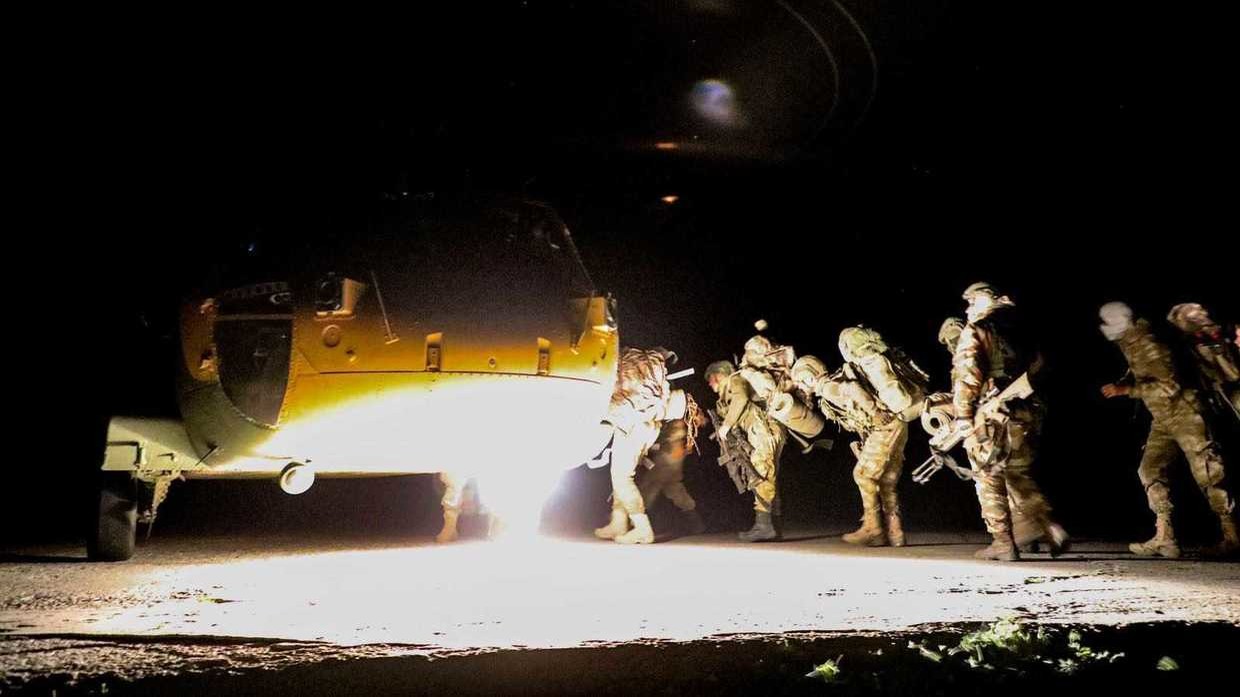 Turkey has launched a cross border invasion of northern Iraq late Easter Sunday hunting for Kurdistan Workers Party (PKK) militants and camps. The invasion was announced by the Turkish Defence Minister Hulusi Akar in a video message on social media.

The attack involved Turkish F-16s, helicopter gunships, heavy artillery strikes and special forces. Enemy camps were bombed then raided by Turkish commandoes. In the video message the Turks claimed to have destroyed fuel depots, communication sites, munition depots and training camps including the headquarters of the PKK. Areas hit were Metina, Zap and Avashin-Basyan in the border area between Iraq and Turkey.

“Our operation is continuing successfully, as planned. The targets that were set for the first phase have been achieved,” Akar said.

The Turkish Defence Minister also claimed that Turkish forces are only targeting “terrorists,” taking extra precautions to avoid the loss of civilian lives and damage to cultural heritage.

“Our struggle will continue until the last terrorist is neutralized,” he said. “We are determined to save our noble nation from the terror misfortune that has plagued our country for 40 years.”

The Kurdistan Workers Party (PKK) is classed as a terror organisation by the US, UK, and EU though the Kurds remain important allies with the US in the fight against ISIS in the Kurdish controlled parts of Syria and Iraq. The Kurds have allowed US military installations in Syrian Kurdish-controlled regions, while the Iraqi Kurdistan region hosts several American bases and a US consulate in Erbil.

The PKK a political and military organisation that seeks an independent Kurdistan has been waging an insurgency since 1984 in the Kurdish areas of eastern Turkey. it wants a Kurdish state comprising of the Kurdish areas in Turkey, Iraq and Syria.