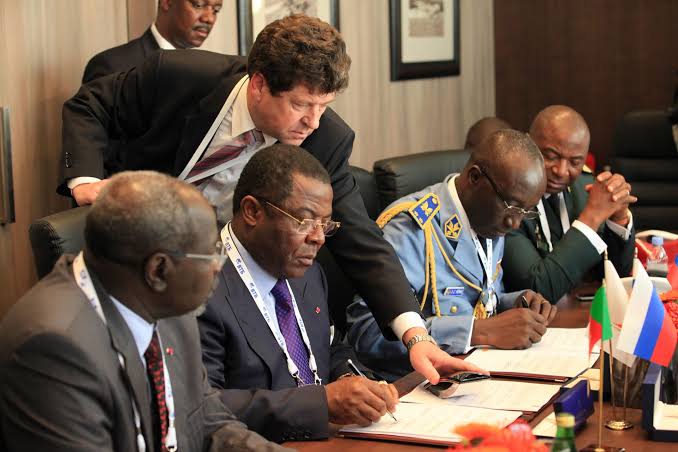 The Cameroonian Defence Minister Joseph Beti Assomo was in Moscow April 12 where he signed a defence agreement with his Russian counterpart General Sergei Shiogu.

The trip was shrouded in secrecy due to Russia’s ongoing military operation in Ukraine and to avoid French outcry. The newly signed military agreement includes support for rescue operations and fighting piracy in the Gulf of Guinea in co-operation with the Russian Navy, Russian Special Forces training their Cameroonian counterparts in fighting terrorism and exchange of defence information critical to both countries. The agreement also covers training, purchase and maintenance of advanced Russian military equipment.

Russian support comes at a timely time as the former colonial power France begins a drawdown of its forces in Africa after failure in stemming Islamic terror in the Sahel.

Cameroon is facing severe security challenges. There is an ongoing battle with separatists in the English speaking parts, cross border terror in the border with the Central African Republic where kidnappings for ransom are rife and in the north west fighting Boko Haram in alliance with Nigeria.