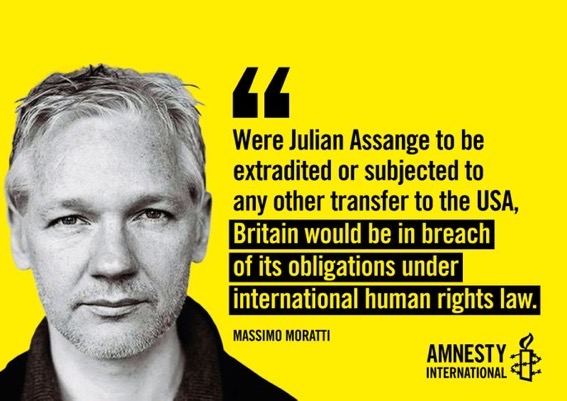 After a seven minutes hearing before magistrates at Westminster Magistrates’ Court Wednesday, the Wikileaks publisher Julian Assange’s extradition order to the United States was issued by chief magistrate Paul Goldspring.

“In layman’s terms, I am duty bound to send your case to the Secretary of State for a decision.” Goldspring said.

The extradition order now goes to the Home Secretary Priti Patel for approval. If she approves it, Julian Assange will spend the rest of his life in a federal penitentiary, guilty of publishing government secrets.

Assange 50. was not physically present but watched the proceeding from the high security Her Majesty’s Prison Belmarsh when he is held pending his extradition via video link.

At one point during the hearing he gave a heart shape sign with his fingers to his wife, children and supporters.

His extradition might be delayed by an appeal to the Supreme Court. Assange is wanted in the United States for conspiracy to reveal secret records from American’s wars in Iraq and Afghanistan.

His legal team have defended him on the grounds that it was in the public interest for the wrongdoings about the wars to be known and he was simply being persecuted.

Amnesty International has said if Britain extradites Assange to the United States, the UK is in breach of its own obligations under international human rights law.