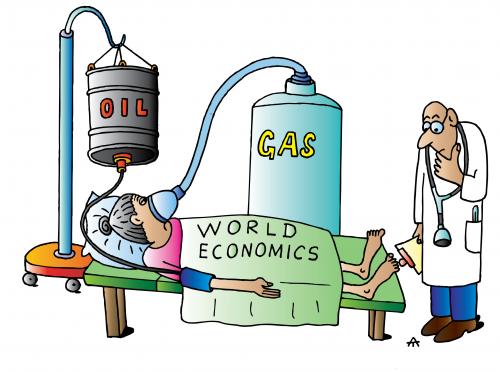 German Chancellor Olaf Scholz is of the same view

The US Secretary of the Treasury Janet Yellen warned on Thursday that a complete ban on Russian oil and gas will drive prices higher thereby harming the global economy. She disclosed the official US position against a complete ban speaking to reporters after meeting Ukrainian Prime Minister Denys Shmyhal and Finance Minister Sergiy Marchenko in Washington, Yellen said that such a ban could ultimately cause more harm than good.

“It could actually have very little negative impact on Russia, because although Russia might export less, the price it gets for its exports would go up,” she said, as quoted by AFP.

Yellen and some of her western colleagues walked out of a G20 gathering on Wednesday in protest against Russia’s participation in the group. “It simply cannot be business as usual for Russia in terms of its participation in our global forums,” she said.

The way to really hurt Russia is to find a way to reduce Russia getting their proceeds from the sale of oil and gas but has proven very difficult.

Yellen also sounded the alarm about the danger of rising prices for food and fertiliser, saying they could lead to “more people going hungry, further exacerbate inflation and harm government fiscal and external positions.”

On Friday, the German Chancellor pointed out the German position. “I absolutely do not see how a gas embargo would end the war. If (Russian President Vladimir) Putin were open to economic arguments, he would never have begun this crazy war,” Scholz said.

“Secondly, you act as if this was about money. But it’s about avoiding a dramatic economic crisis and the loss of millions of jobs and factories that would never again open their doors.” He added.

But to him the main priority was avoiding a NATO confrontation with Russia. “That’s why it is all the more important that we consider each step very carefully and coordinate closely with one another,” he was quoted as saying. “To avoid an escalation towards NATO is a top priority for me.”

“That’s why I don’t focus on polls or let myself be irritated by shrill calls. The consequences of an error would be dramatic.” The German Chancellor stressed.