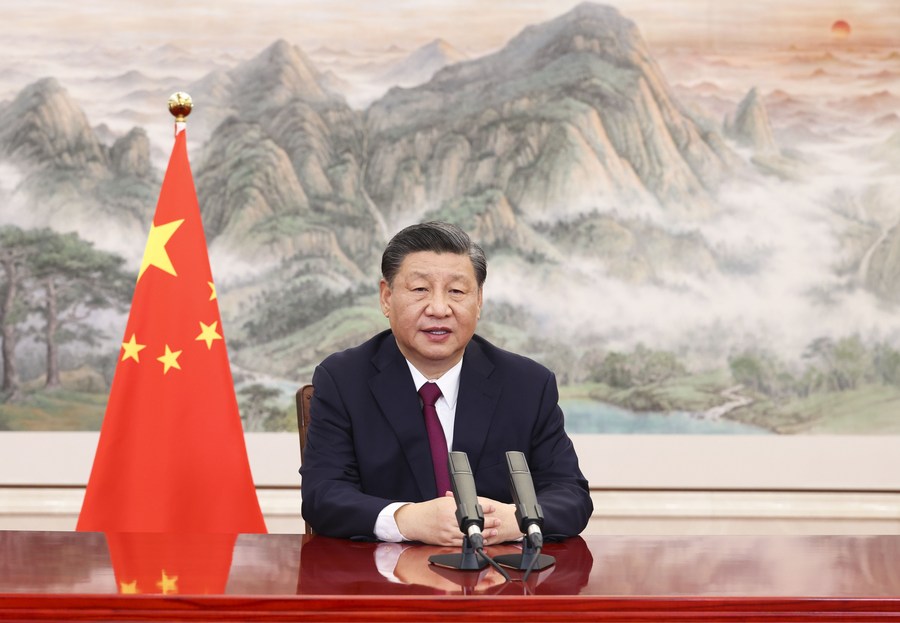 President Xi Jinping of China has disclosed his vision that will guarantee world peace and stability in a new security framework called the Global Security Initiative (GSI) during a virtual address delivered via video link on Thursday. It was part of his speech titled “Rising to Challenges and Building a Bright Future Through Cooperation” at the opening ceremony of the Boao Forum for Asia Annual Conference 2022 held in Boao, Hainan Province.

“We, humanity, are living in an indivisible security community. It has been proven time and again that the Cold War mentality would only wreck the global peace framework, that hegemonism and power politics would only endanger world peace and that bloc confrontation would only exacerbate security challenges in the 21st century,” Xi said.

President Xi pointed out that right now, changes of the world, of our times and of history are unfolding in ways like never before. That differences must be resolved through dialogue and not “sanctions.”

Under the GSI he said. “International security is indivisible and therefore respect for the sovereignty and territorial integrity of all countries, non-interference in each other’s internal affairs and cooperation for the sake of common peace and security should form the basis of the international security framework.”

Xi’s remarks is already drawing criticisms from the West which they say confirms that China is sticking to its stance of refusing to criticise Russia’s invasion of Ukraine despite the conflict’s toll on Ukraine and the global economy.

So far China has refused to to call the conflict an invasion and said Russia was provoked by NATO’s expansion. Since the attack began China has called for a negotiated settlement in contrasts to the West that wants more destruction and bloodshed. It has also maintained a neutral position supporting Ukraine’s right to territorial integrity and Russia’s security concerns

The Chinese Foreign Ministry’s spokesman Zhao Lijian called such an approach “constructive” and stressed that it puts Beijing “on the right side of history.” China has abstained or voted with Russia on recent proposals brought before the United Nations.

At a daily briefing Thursday, Foreign Ministry spokesperson Wang Wenbin said China has “always opposed unilateral sanctions and long-arm jurisdiction that lack a basis in international law and are not authorized by the (United Nations) Security Council.”

“Sanctions are not the right way to de-escalate tensions, end wars or avoid casualties, but will only exacerbate conflicts, increase spillover and make the world pay more,” Wang said.